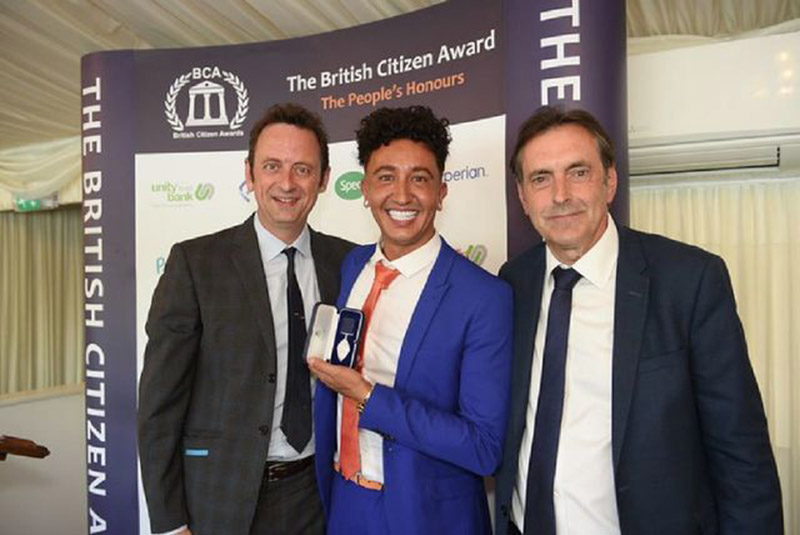 ONE half of an avid campaigning couple has been recognised at the Palace of Westminster with a British Citizen Award.

Paul Atwal-Brice, of Thurnscoe, has been campaigning with his husband Michael for their identical adopted twins Levi and Lucas – who both suffer from epilepsy and are autistic – to have access to cannabis-based medication Epidiolex.

The pair also have another set of adopted twin boys and foster two siblings.

Paul was recognised for his work – which includes working over the last 20 years to promote diversity and inclusion and giving up his free time to help support charities and organisations – at the British Citizen Awards at the beginning of the month.

Paul has come from a challenging background being fostered and in children’s homes until he was adopted at the age of seven, and gives advice about fostering, along with promoting fostering to different ethnic groups and to the LGBT community.

On being presented with his BCA Medal Paul said: “I feel very proud to be given this award and honoured to be recognised in this way. Being brought up in children’s home I always had the motto to believe in yourself and be proud of who you are.”

Pat Egan, group executive director for founding sponsors Places for People, who presented Paul with his medal, said: “The British Citizen Awards shine a spotlight on the tremendous work of everyday people for the benefit of their communities, and it’s a privilege to have been a supporter since its formation in 2015.

“The commitment and selflessness shown by medallists this year has been exceptional.

"I was delighted to meet Paul and hear about his work in the LGBT community; his efforts are helping break down barriers by making fostering and adoption a more broadly available option meaning that those desperate to be loving parents regardless of their family set-up can give a child in need the family they deserve.”