Anime convention is closer to home for organisers 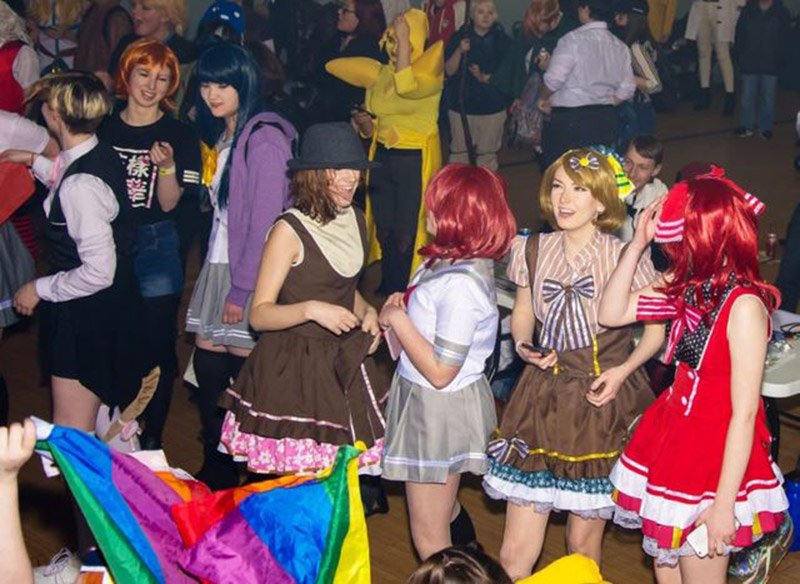 ANIME-LOVERS will be able to dress up and attend an event in Barnsley specifically for those who enjoy Japanese culture, film, animation and cosplay.

Anime Yorkshire is an event that will take place at Barnsley College next month and has been organised by Kathrine Furniss and Jon Higson, of Thurnscoe, to help reach people in the borough who feel left out because they can’t travel far to conventions.

The event began around ten years ago when Kathrine – known as Kat or Kitty – set up Yorkshire Cosplay Convention because she felt ‘like an outcast’ and wanted to find people who had similar interests in cosplay, anime and Japanese culture.

Her partner Jon met Kathrine through work after she had been setting up events for a number of years.

“She had started a Facebook page to see if there was anyone who liked manga in the area,”

“When it started off there were about 200 people on the page and within weeks there were 1,000s on there. Someone suggested doing an event and she booked one in Doncaster Dome which is quite successful and it went from there.”

Jon said Kathryn had organised many events in and around Sheffield over the years and when they became a couple, he joined in.

This will be the first anime event in Barnsley the couple have held and hope to bring people together and offer a safe space for anime and manga lovers in the borough.

“We had been asked to bring an event to Barnsley and we were asked to do an anime specific one so this is how it came about,” said Jon.

“We have been working with Barnsley College for over a year and we have done a few events there before. The college use our events to give students experience. We want to bring together the people who like anime and make it a great event.”

Jon also said the event is open and inclusive to members of the LGBTQ+ community and for people with learning difficulties as the event is not as bustling as large city Comic Cons.

“It’s a safe space for people to be themselves. They can dress up and enjoy the atmosphere and we will have loads going on for people to enjoy.”