‘Somebody will be killed by speeders’ 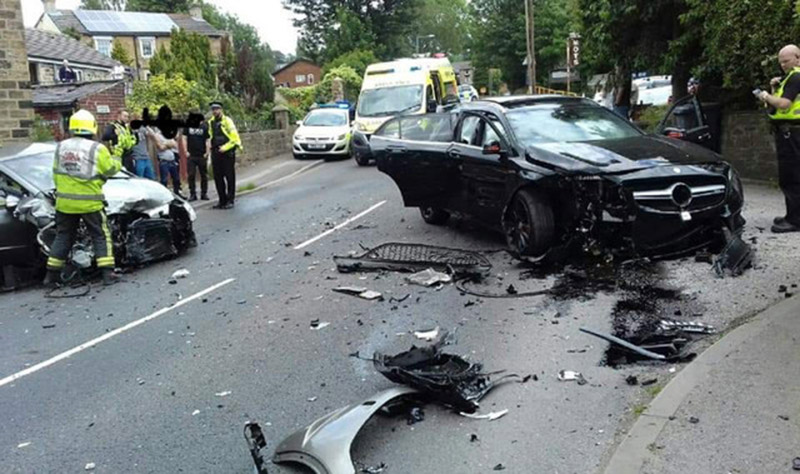 A COUPLE who witnessed a dramatic car crash close to their home are calling for safer measures to be applied to the road before ‘someone is killed’.

Charlotte Burnett, 38, of Ashwood Close, Worsbrough Dale, and her husband Stephen were one of the first people on the scene last Saturday when two cars collided on West Street.

While Stephen contacted emergency services and tended to those in the cars, Charlotte and another resident were stood on the road directing traffic, keeping the traffic flowing.

South Yorkshire Police confirmed that emergency services were called to West Street at 2.55pm on Saturday following reports that a black Mercedes and a grey Honda Civic had collided.

A man driving the Honda was taken to hospital to be treated for his injuries but has since been discharged.

Although there were no fatalities in this incident, Charlotte believes that something needs to be done before something with more severe consequences happens.

“We’ve lived close to West Street for 14 years and the way people take the corner is frightening,” she said.

“People are speeding on a blind spot and if you are driving down from Mount Pleasant onto West Street, the junction is dangerous and visibility must be less than ten metres. It’s a blind spot for motorists.“

There are no traffic calming measures on the road and there should be because it’s a main road for those travelling from Stairfoot through to the motorway.

“In addition to this the Dove Valley Medical Centre is on the bend and patients and staff park on the main road and on Mount Pleasant, reducing visibility and space for cars to pass.

“Even for an established driver, it’s not a nice junction.

“When lorries are coming down at speed, I dread to think what would happen if a driver wasn’t paying attention.

“For pedestrians it’s dangerous walking on the path because if a vehicle takes a corner too quickly, what’s to stop them mounting the kerb and hurting someone. Will someone have to die before action is taken?”

Coun Chris Lamb, cabinet spokesman for environment and transportation, said: “We are aware of the recent incident on West Street, Worsbrough Dale and are unable to comment on this incident until the police have completed their investigations.

“We receive details of all personal injury collisions that occur throughout the borough.

“The data is analysed by staff to see if there are any concerns as to the frequency and nature of collisions, causation factors are thoroughly investigated and if necessary any improvement works are programmed accordingly.“

We receive funding from the South Yorkshire Local Transport Plan integrated transport fund to carry out improvements at locations where there is a history of collisions resulting in personal injury.

“Each year we produce a list of the worst of these sites in Barnsley and then deal with these on a worst first basis.

“Up to and including this year West Street, Worsbrough Dale has not made the worst first list.

“Traffic calming measures are one of a number of means of improving road safety on routes where there is a history of road traffic collisions occurring which result in personal injury.

“Speed enforcement is a matter for South Yorkshire Police.”