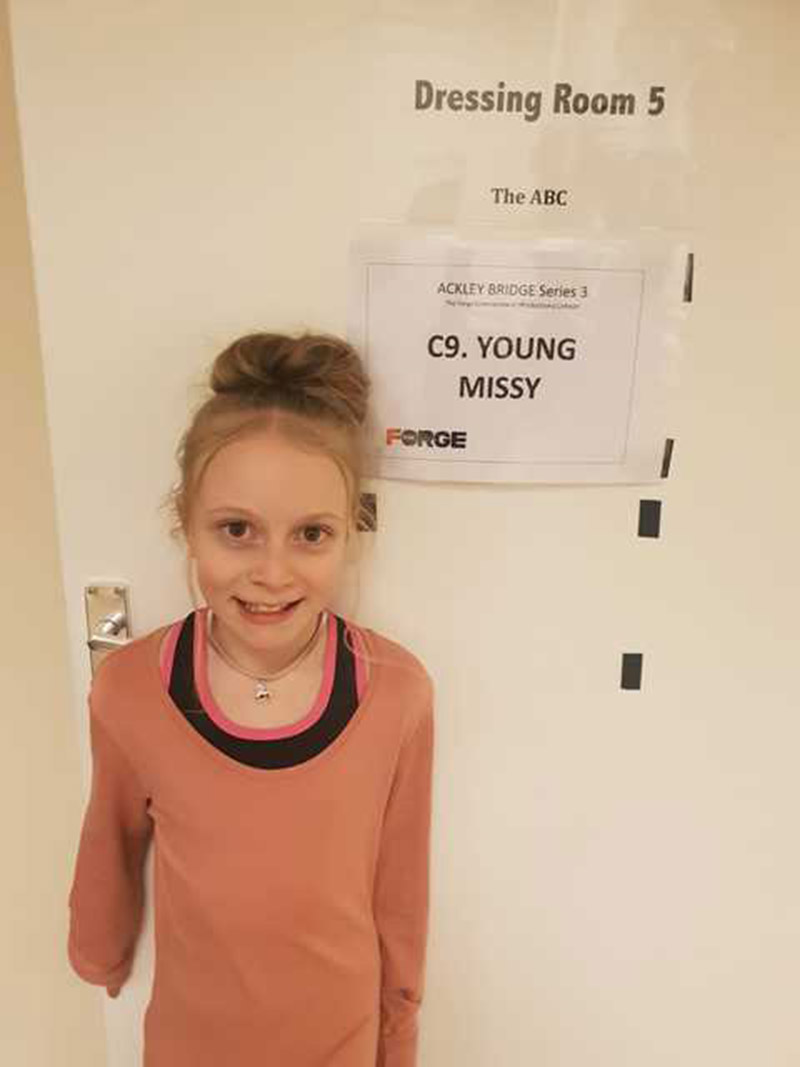 A YOUNG actress from Barnsley is set to appear in the third series of Channel 4 show Ackley Bridge.

Jaimee Bailey, nine, of Pennine View, Darton, began filming for her role as the character ‘Young Missy’ in February.

Missy is one of the main characters in the drama series. Ackley Bridge is a drama series set in a multicultural academy school based in Halifax, West Yorkshire.

Two schools are merged in a segregated British and Pakistani community due to budget cuts.The show follows the lives of the teachers, the students and their parents.

It also charts the friendship between Nasreen Paracha, and Missy Booth, played by Poppy Lee Friar, who are attending the same school for the first time.

Young Missy features in flashbacks of the girls’ relationship growing up, and Jaimee was chosen to play that role.

Jaimee’s mum, Joanne, said: “Jaimee began filming in January and it’s the second series she has taken part in.

“She loved playing the role mainly because her part involved going on a lot of fairground rides.

“She especially enjoyed having her own dressing room because she was playing the younger version of one of the main characters. That made her feel very special.

“I was very surprised at how much Jaimee looked like Poppy Lee Friar when she was dressed in character. They are definitely a good match.

“We were also asked to send some images of Jaimee as a baby for them to feature on the show.

“We are so proud of her as a family at how far she has come.

“She is a natural performer and she has also starred in Peaky Blinders.

“She takes acting in her stride and she is always in the land of make-believe.

“There have been occasions where I’ve been shopping with her and she’s dressed up as a cat. She’s a natural.”

Gaynor Watts, of Tykes 2000, where Jaimee is a member, said: “I am thrilled to see Jaimee is part of Ackley Bridge.“She is a lovely girl with great potential.

“She has featured in other programmes and she is very talented and she is one to always leave a lasting impression.”Y

ou can watch Ackley Bridge tonight at 9pm on Channel 4 or catch up on the series so far on On Demand.