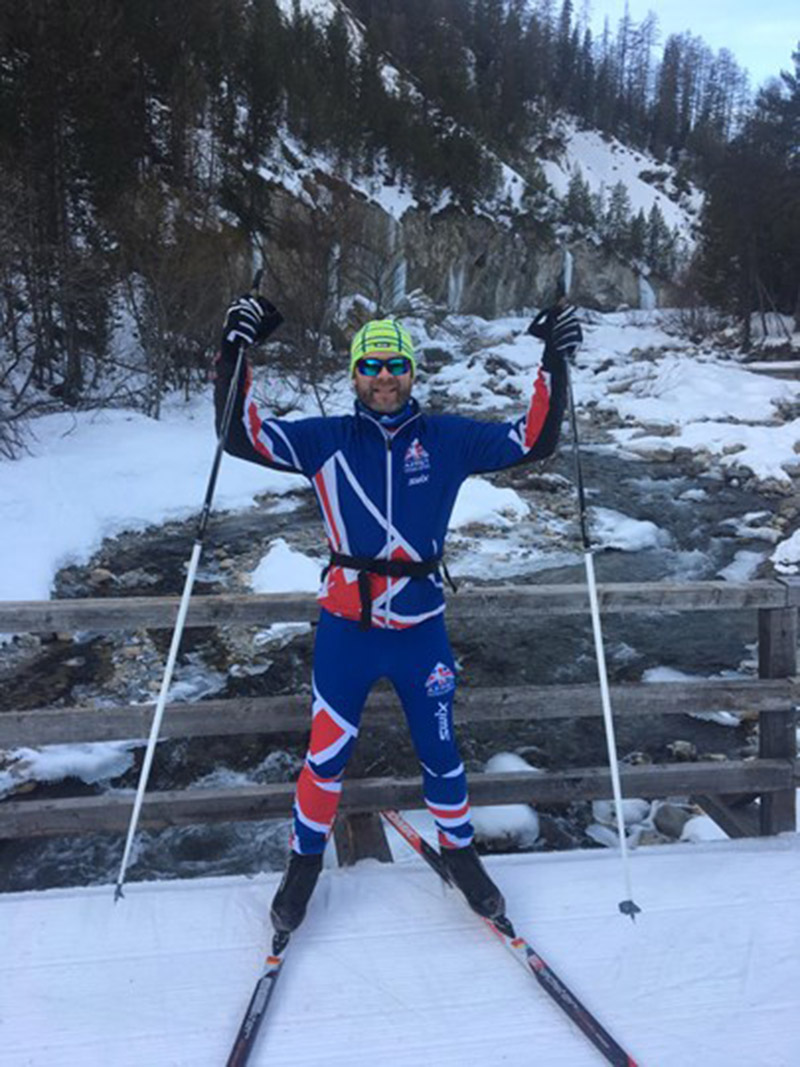 AN ARMY veteran who almost lost his life in Afghanistan will be competing in a 55km ski marathon to raise money for charity.

Troy Conner, 41, of Bluebell Close, Hoyland Common, will take part in the Nordic ski marathon in Finland to raise money for Armed Forces Para-snowsport team (AFPST). The charity supports the recovery of wounded, injured and sick military personnel and veterans.

It is the second time Troy will be competing in the marathon, as he feels he has a duty to give back to the charity that helped give him a purpose and direction for the future.

In August 2009, Troy was in the 1st Battalion Parachute Regiment when the Jackal vehicle he was travelling in detonated an improvised explosive device. His three colleagues were killed, and he was left with a traumatic brain injury.

He was taken to a hospital in Kandahar where American surgeons performed an emergency craniotomy to reduce pressure on his brain. He was brought back to a military hospital in Birmingham and was in an induced coma for five weeks. The incident left him with a brain injury and blindness in one eye.

When he was discharged from hospital he tried to rejoin the army, but he was medically discharged in 2011 and he fell into depression.

He said: “I slipped off the radar and I just didn’t know what to do. I used to just sit in bed and I wasn’t living life. I woke up one morning and decided I’ve been given a second chance at life and I need to embrace it.

“I am the type of person who loves a challenge. When I competed in the ski marathon last year I really had to push myself physically and mentally. I know what the challenge entails and this year there are more of us competing so I will be on hand to support those who need it.

“It was a tremendous achievement and it really opened my eyes to see just how far I have come. It took me just over seven hours to complete the marathon last year and I’m hoping to do a little better this year.”

Troy will be flying to Finland on Wednesday, and will have two days of intense training before competing in the event next Saturday and flying back on Sunday. In addition to this, Troy is also a military public speaker, and shares his story with school students and businesses to encourage them.

“Whenever I speak I always say ‘you have to aspire to inspire before you expire’ and this rings very true in my life. Speaking about my experience and motivating others is giving me a purpose again and if there is any positive to come out of what happened to me then I’m really happy to share that message.”