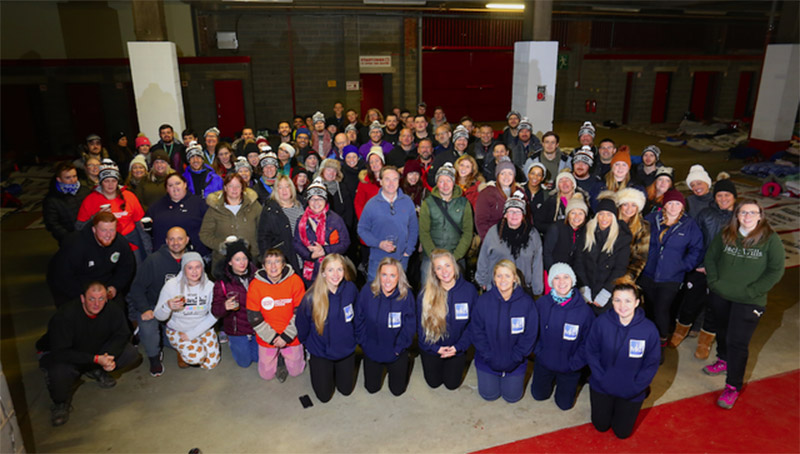 RESIDENTS and local businesses braved the cold and swapped their beds for grass to raise funds for a youth homelessness charity.

Over 100 people spent the night sleeping in Barnsley FC’s Oakwell Stadium to raise funds for Centrepoint, a charity which provides accommodation and support to homeless people aged 16 to 25.

Proceeds from this year’s event, which was sponsored by The ASOS Foundation and XPO Logistics, will help fund Centrepoint’s work with young people who are affected by homelessness in Barnsley, which includes sports programmes delivered by Centrepoint and Barnsley FC.

Chloe Sykes, Centrepoint’s Senior Fundraising Officer, said: “It was fantastic to have the support of so many sleepers who braved a bitterly cold night at Oakwell for our Sleep Out in Barnsley.

“To have over 100 people taking part, who together raised £32,500 for Centrepoint’s work here, was amazing.

“While it would be impossible for us to replicate the reality of spending a night on the streets with nowhere else to go participants felt the cold and experienced the discomfort which some homeless young people have had to endure.

“The money we have raised will help support young people in Barnsley as they tackle the physical and mental health problems caused by homelessness and gain the skills and confidence to find work or return to education.”