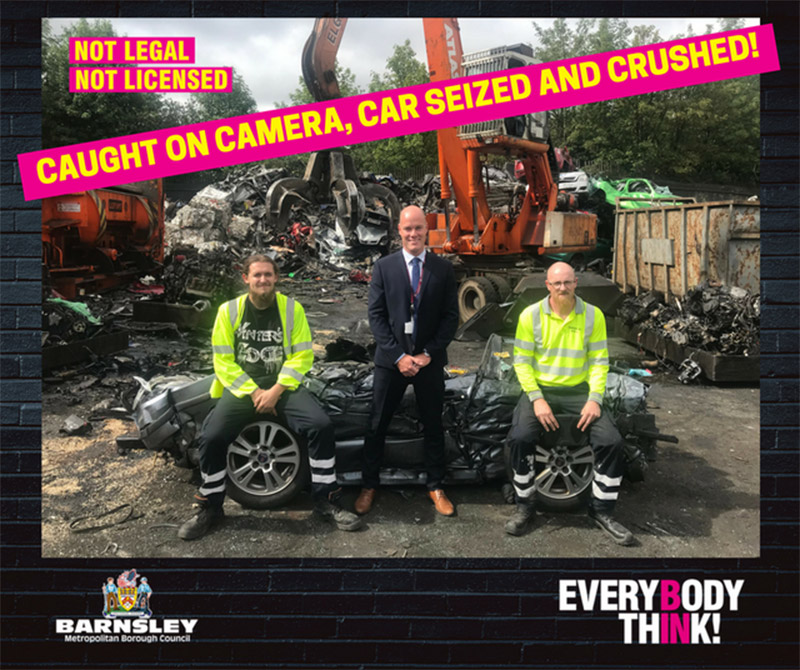 A CAR has been crushed after it was caught on CCTV being used to illegally dump rubbish.

A Saab 93 was crushed after it was seized by the council and the first to be destroyed after the owner failed to produce the correct documentation required to claim the vehicle back following investigation.

If nobody claims the vehicle, the council can choose to sell or destroy it. In this case, the council took the decision to have the vehicle crushed. The case will now go to court, with magistrates deciding on the outcome.

Coun Jenny Platts said: “We’re taking a tough stance on the minority of people who think fly tipping is acceptable.

"As part of our #EverybodyThink campaign to protect the environment, we’re using CCTV to identify those responsible for illegal fly tipping.

"If you choose to dump rubbish illegally and spoil the environment then you risk losing your vehicle permanently."