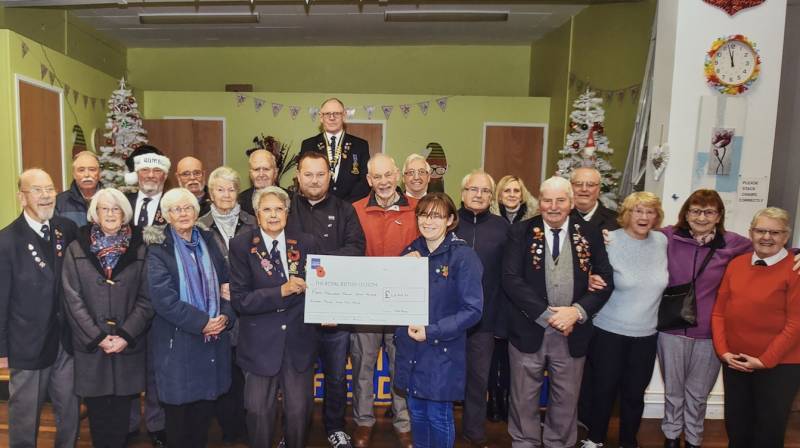 MORE than £40,000 was raised by volunteers taking part in this year’s Poppy Appeal across Barnsley, the Chronicle can reveal.

Starting on October 28, the Churchfield-based branch of the Royal British Legion distributed poppy sellers across the town in order to raise cash for the cause in the run-up to Remembrance Day.

Mayor of Barnsley Coun Sarah Tattersall was on hand to reveal the cheque – which almost breached the £41,000 mark – this week.

A spokesperson for the branch said: “We would like to thank the public for their generosity during this year’s Poppy Appeal.

“Together they raised £40,818.92, so we issue many thanks for the continued support for our charity.

“Money raised are distributed in different ways and we also have triggered a cost-of-living grant programme for veterans and their dependants.”