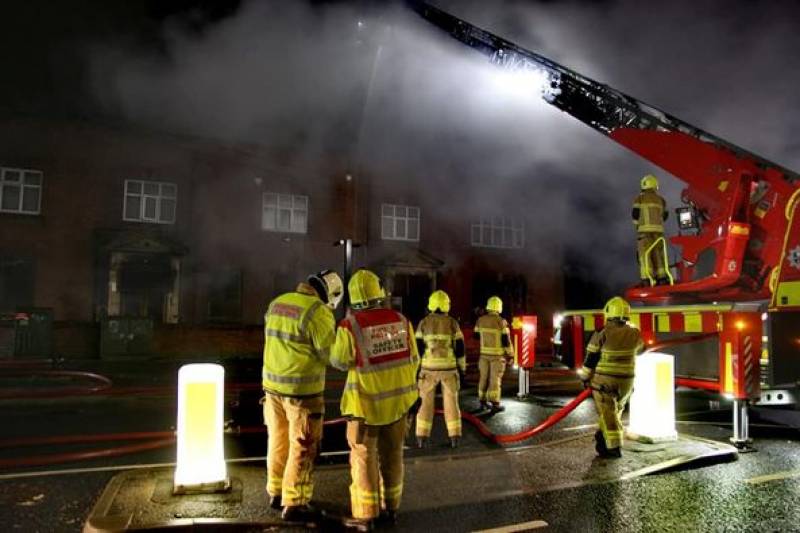 A FORMER pub was set alight yet again in Thurnscoe on Sunday night as a number of crews tackled the arson attack.

South Yorkshire Fire and Rescue were called to the incident, on Houghton Road, at around 11.30pm.

Six fire engines and the service’s turntable ladder were on the scene as firefighters tackled the deliberate blaze for around three hours.

A spokesperson added: “Well done to all the firefighters who tackled the blaze in some quite horrendous weather conditions.”

The Thurnscoe Hotel has been unused for more than five years and a recent planning application, submitted by Darren Investments Limited, sought permission to demolish the building and replace it with a new petrol station.

Since the property became vacant it has been the target of numerous vandalism attempts – and it has been set alight more than ten times.

Plans for the petrol station were approved earlier this month.