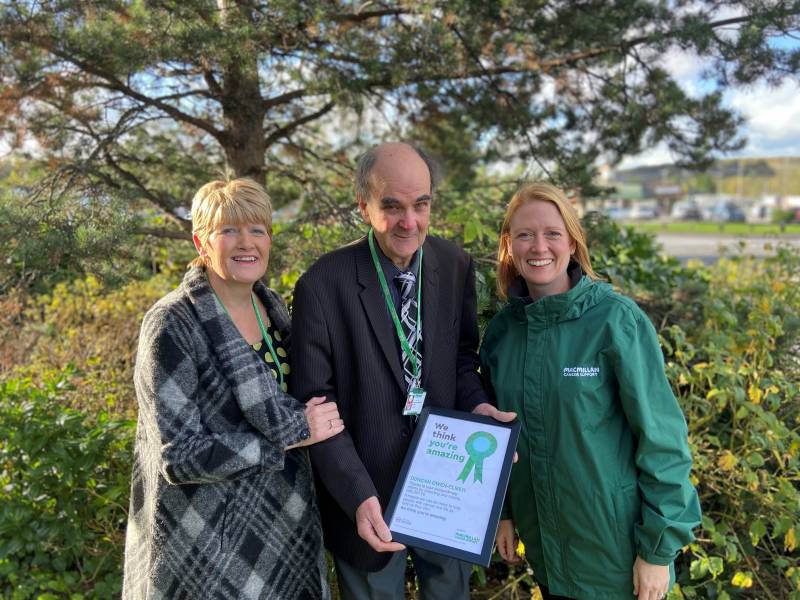 FUNDRAISING hero Duncan Owen-Elmer has rattled his final bucket after smashing his target.

The Worsbrough man, 69, started out back in 2016 and initially hoped to raise £53,000 – enough to fund a Macmillan nurse for the year – but surpassed it with ease and his final total stands at an incredible £86,357.

He wanted to ‘give back’ after Macmillan nurses helped his first wife before she died of cancer.

He was then awarded a Proud of Barnsley award in 2018.

He said: “I just thought that I have done a lot more than what I set out to do and with my wife being poorly, it was time to call it a day.

“I want to be there for my wife, because we almost lost her earlier this year, and fundraising has taken up a lot of my time. But I’ve enjoyed every minute of it and met some wonderful people, making friends for life. I want to thank everyone who has helped, volunteered or donated, you’ve all been fantastic.

“Winning the Proud of Barnsley Award was also very special to me, that award is very close to my heart because I wasn’t expecting it but it was a really nice surprise.

“I want to thank everybody for their generosity over the past few years.

“I’ll miss it but I want to spend time with my wife and family.”