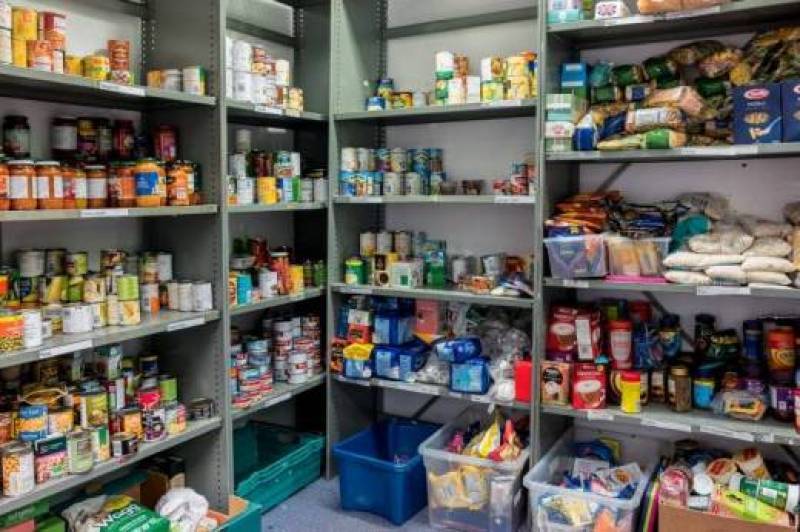 THOUSANDS of food parcels have been handed to Barnsley residents over a six-month period – and there’s been a 67 per cent rise in the number of children needing help.

The Trussell Trust, which operates the UK’s largest food bank network, says a ‘tsunami of need’ is gripping the UK as demand has outstripped donations for the first time.

The latest figures from the charity, which runs 13 foodbanks in Barnsley, shows that 4,364 parcels were handed out to residents from April to September.

Emma Revie, chief executive at the Trussell Trust, said this winter is set to be ‘the hardest yet’ for foodbanks and those vulnerable residents they support.

She added: “We know that with the right support and a stable and sufficient income, people don’t need to turn to food banks for support.

“Over the last few years, the government has acted to protect people who are struggling, and this action has had made a difference.

“They must now act again – with swift support now to help people through the winter, and with vision for the longer-term to ensure that social security is always enough to weather challenging times.”

Barnsley Foodbank Partnership have fed more than 9,200 individuals in the 12-month period from September 2021 to this September.

This was helped by the Tesco summer collection, which sees donation points at stores in Penistone, Stairfoot and Hoyland.

The equivalent to 11,166 meals were received at the last collection.

It’s set to return from December 1 until December 3.

A spokesperson said: “Food collection points will be at each of the stores, for customers to drop their donations into when they have finished their shop.

“Details on what can be donated, as well as a list of the current ‘most needed’ items will be available in store.

“There will also be buckets at the front of store for if anyone wants to give a monetary donation.”

A recent survey found that one in five food bank users were from working households.

The government has been called to ‘close the gap’ between prices and incomes, in part by uprating benefits in line with inflation.

A spokesperson for the Department of Work and Pensions said: “We are directly supporting households in need following the aftershocks from the pandemic and Putin’s illegal war in Ukraine, including sending another cost-of-living payment this month.

“Our extensive immediate support for families also includes our energy price guarantee, saving around £700 for a typical household over winter and our Household Support Fund, combined with longer-term changes such as altering Universal Credit to help people keep £1,000 more of what they earn every year.”