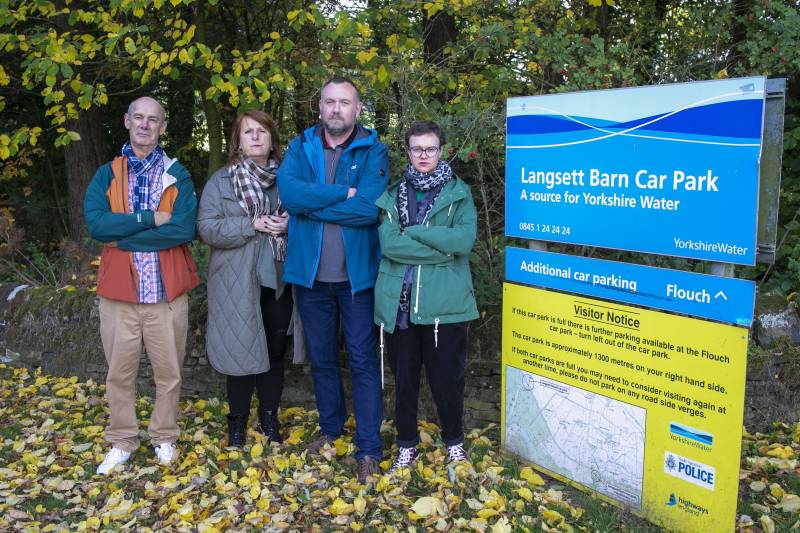 CONTROVERSIAL plans to charge visitors at a Barnsley beauty spot have been approved – despite widespread concerns over traffic being pushed onto a 60mph road identified as one of the most dangerous in the borough.

The A616 Manchester Road has been blighted by crashes in recent years – including two deaths in 2019 and a collision last October which left a man with life-changing injuries.

Penistone and Stocksbridge MP Miriam Cates subsequently backed a bid to force Yorkshire Water into performing a U-turn on its plan, as did Penistone West’s councillors – Hannah Kitching and Mandy Lowe-Flello – before Barnsley Council’s highways department also lodged their own.

A council statement said: “The site is a long-established car park and it is not anticipated that the introduction of pay and display facilities will generate a greater use of, or cause any greater impact than arising, from the current usage of the site by visitors.

“However, the report (from the applicant) fails to recognise the propensity of remote, indiscriminate parking to avoid these charges both on the A616 and surrounding area including the Waggon and Horses pub car park.

“In addition, verge parking in and around the car park entrance raises road safety concerns in this regard as well as potentially impeding visibility on exit from the car park as well as the inherent risk when entering and exiting.

“Whilst it is acknowledged that such a scenario may exist during extremely busy times, the introduction of this charging regime will undoubtedly result in more frequent instances of indiscriminate parking occurring in order to avoid payment.

“The application appears to take no account of this, nor present details of what actions will be taken, should this occur.”

A similar planning application for parking charges – submitted by Yorkshire Water for another of its car parks at nearby Langsett Flouch – was rejected by Barnsley Council last month but calls for the Peak District National Park to follow suit did not come to fruition.

Despite the council and parish council putting their concerns forward, National Highways – the body ultimately responsible for road-related issues – opted to support the Langsett Barn scheme.

Coun Kitching told the Chronicle: “The decision was made at a meeting of the Peak District National Park’s planning board – it was a split vote and the chair of the meeting had the casting vote, so the application was passed on that basis.

“I’m incredibly disappointed about this news and I know many people will be devastated as this decision will have a big impact on the residents of Langsett village and others.

“Everyone – including councillors, the MP, businesses and the highways department – submitted their objections, but a special thanks must go to Langsett Parish Council who have campaigned tirelessly against these plans.

“The A616 is an incredibly busy, major highway serving the Stockbridge bypass between the Woodhead Pass and M1.

“It has a large amount of HGVs and, as we have already seen, when the car park is full people park on the A616 instead.

“It’s such a shame we did not get the result we all wanted but I will be writing to Yorkshire Water as those very real concerns relating to traffic being pushed onto the road remain.”

Langsett Parish Council – whose members responded with a 15-point objection document in the consultation process – said fears of a fatality will grow when the changes are made.

“The introduction of parking charges causes this situation on a regular basis, and the fear is that there will be a fatality.

“It is a major route with a great number of large vehicles and lorries, and there is already concern regarding the safety and speed of this road which has been raised on many occasions by the parish council.

“To introduce the possibility of displaced parking by drivers not prepared to pay any parking charges, and to rather park on side roads or the verge of the A616 – as has already been experienced – adds a dangerous situation to an already extremely busy road with high speeds.”