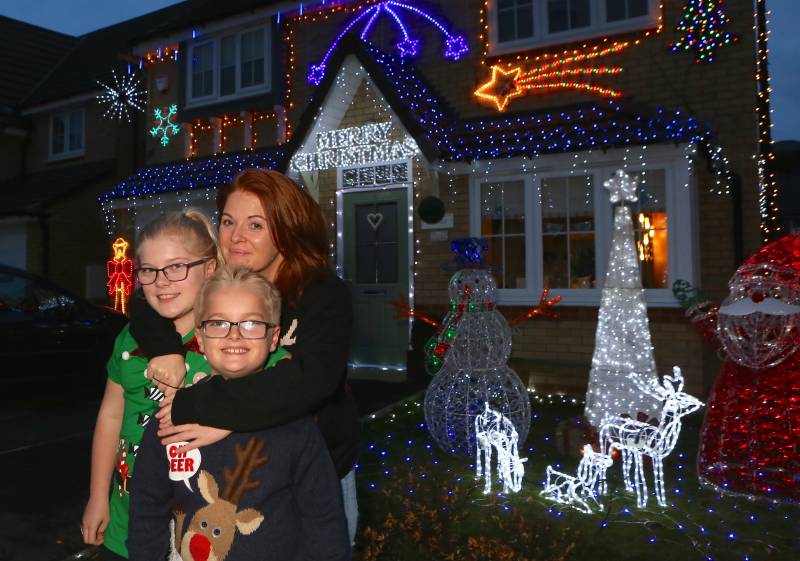 A PENISTONE family whose house has become a festive attraction in the town has vowed that their Christmas spectacular will go ahead despite the energy crisis - albeit with a few cost-saving tweaks.

Stephen Baumber starts planning the display, at his home on Long Furlong, every September and he admits that each year he tries to outdo himself but this year, the rising cost of energy bills has had to be considered.

“The soaring cost of energy bills have definitely been on our minds with the run up to Christmas and our display, but it’s something that we could never not do,” said Stephen.

“What we have thought about is that instead of having the lights on from 4pm until 9pm, we can have them on until 8pm, saving an hour each night which obviously over a week is a saving of seven hours, over the month over 28 hours.

“Also we normally have fireworks which cost us over £200 alone each year – now this is something that we may also drop and put that money towards any extra energy costs.

“We will still supply sparklers for the children because ultimately they are what Christmas is about.

“I’m a firm believer that you are only on this earth once so it doesn’t matter what’s going on in the world you have got to make the most of it.”