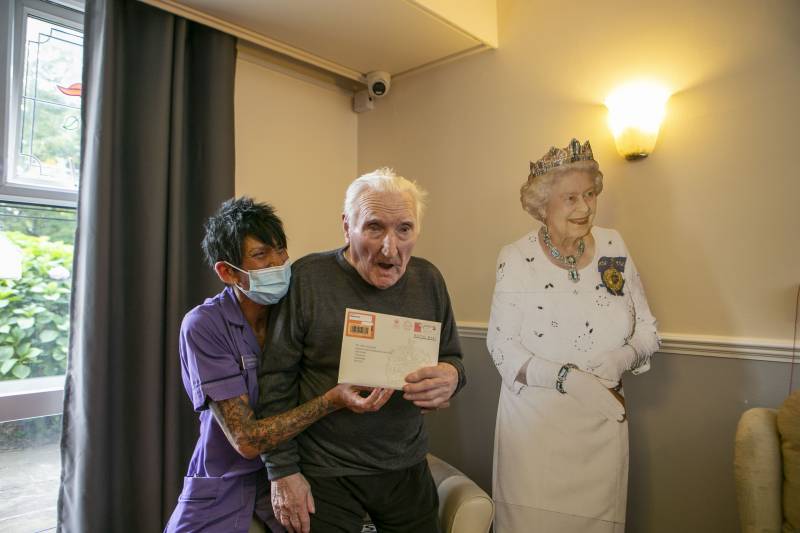 A WORLD War Two war hero who lost sight in one of his eyes after being bombed in Belgium will celebrate turning 100 in his Barnsley care home this weekend.

John Townsend, known to many as Jack, grew up in the ‘slums’ of Manchester when he was born in 1922.

Given the nickname Jack by those at school, it stuck and all his close family and friends now use it.

He signed up to fight in World War Two when he was just 18 years old and his daughter, 63-year-old Pat Townsend of Darfield, told the Chronicle he found it ‘almost thrilling’.

“Him and his friend joined the war when they were 18 and ended up in the same regiment – the Reconnaissance Corp,” she added.

“He said to me that they could have a laugh but it was in horrible times.

“He used to go out to scout the enemy with the gunners in an armoured car.

“At 18 he said it was almost thrilling for him – but he saw things that he never wanted to see.

“He was bombed going over the Albert Canal in Belgium in 1944 and lost sight in one of his eyes.

“He couldn’t wait to get onto the beaches, he just wanted to be where the action was.”

Always quiet, John is a generous family man who would do absolutely anything for everyone.

He lived with his wife, Mary, whom he met whilst in hospital before she died.

He had another child, Stephen – who recently died of cancer – and two grandchildren.

“He’s quiet but a family man – everything he does surrounds his family,” Pat added.

“He absolutely loved his gardening – he grew all sorts.

“He’d have a go at absolutely anything.

“My dad loved going to Malta and they’d go for a couple of months at a time.

“He was very generous – he’d give you anything.”

John broke his hip in 2020 which forced him to go into Dearnelea Care Home in Thurnscoe for the first time.

“He fell and broke his hip which is why he went into the home – but he just keeps on bouncing back.

“He’s always had a real dry sense of humour and that still comes out from time to time.”

John will celebrate his 100th birthday on Sunday at the care home, surrounded by family and staff that love and care for him.

Mayor of Barnsley Coun Sarah Tattersall will also make an appearance on the day.