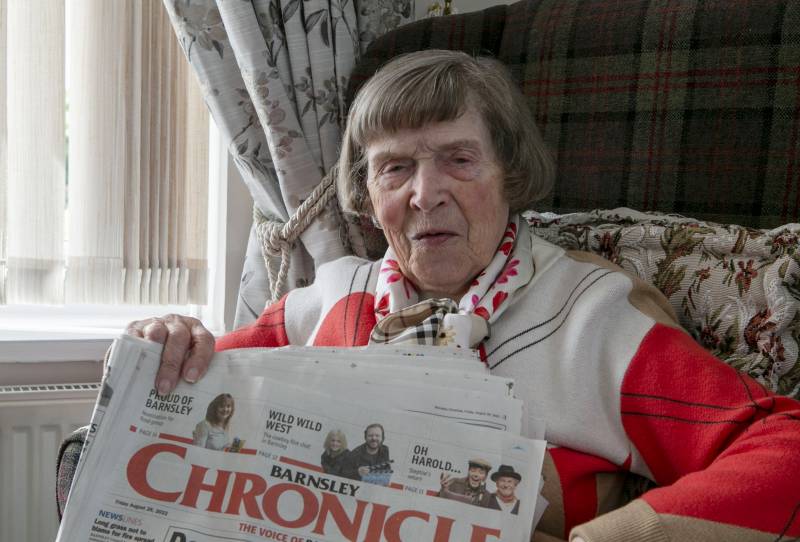 A WOMAN born and bred in Monk Bretton will celebrate her 100th birthday later this month.

Mary Manterfield, 99, has lived in the area all her life – and has quite the knowledge of where she lives.

Having been born the second-eldest of 13, her son Sydney described her as a woman who would do ‘anything for anyone’.

She was well-known at Woolworths, where she retired, and has had a number of jobs in her time.

“She’s been a hard worker all her life,” Sydney told the Chronicle.

“She was in the ARP in the Second World War and she would help absolutely anybody.

“She’s able to tell you all about Monk Bretton and is well in her mind, it’s just her mobility at the minute.”

Described as a very chatty woman, Mary will turn 100 on September 12.