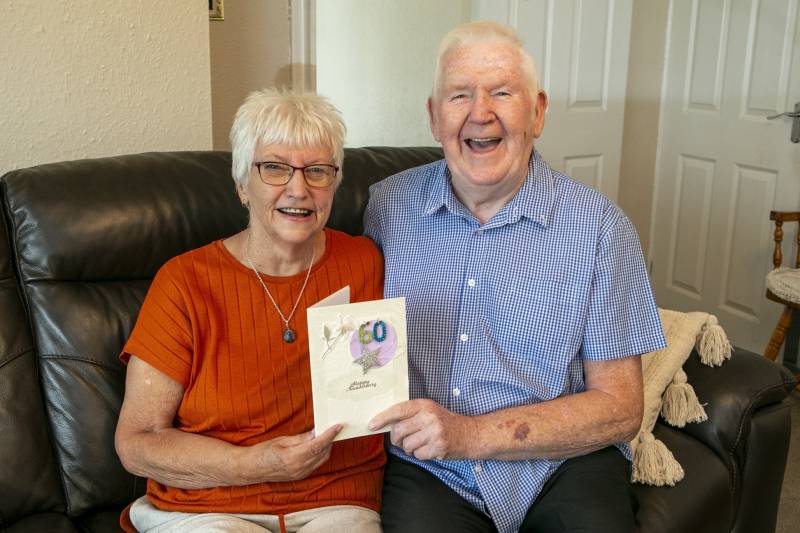 TIME spent apart as well as together has been key to a couple’s long relationship.

That is the view of Phyllis and Gerald Silcock who yesterday celebrated 60 years of marriage.

She said: “There has been a lot of love, a lot of laughs and we have great family and friends.

“We also have separate interests – I think that is very important.

“Gerald loves football, and at 80, still plays five-a-side. I don’t like football – I like reading books and watching TV shows.

“You need to have time together and time apart. It gives you something to talk about.”

The couple are the very definition of childhood sweethearts and were engaged at 18 before marrying aged 20.

Both from Wombwell, the couple waited for their home on Barnwell Crescent to be built and have lived there ever since.

Now retired, Phyllis worked as a shorthand typist and receptionist and Gerald had a host of jobs including on the railways and in the glassworks and latterly with his daughter’s business.

The couple enjoyed a meal on their actual diamond wedding anniversary yesterday and are hopeful of spending more time coach holidaying in the future.