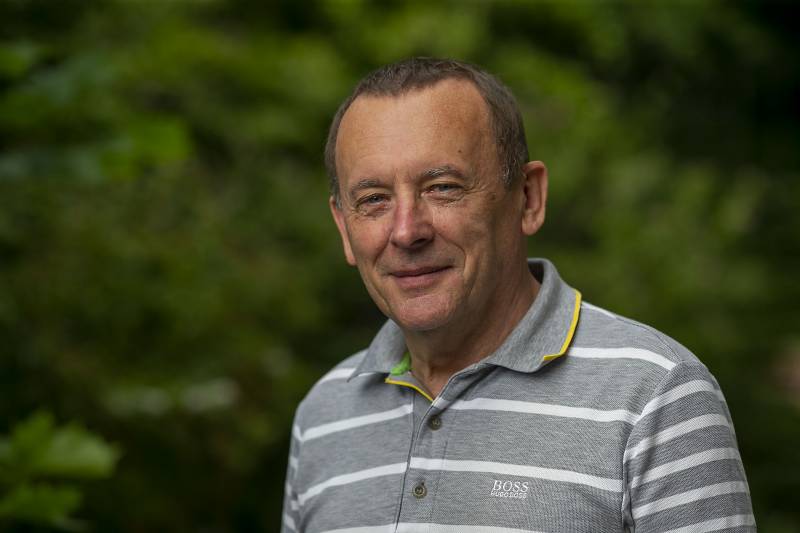 ALAN Crossland follows in his father’s footsteps on Tuesday by marking 50 years at the Barnsley Chronicle.

Group IT manager Alan joined the company in 1972 as an apprentice compositor in hot metal and has played a vital role in implementing changes and improvements to the newspaper’s production processes over five decades.

His father Stan had completed 50 years’ loyal service in the production department when he retired at 65 in 1980.

Carrying on the family association is Alan’s son Mark who is deputy group IT manager and has worked at the company for 22 years.

“One of our directors once said that I was like a stick of Blackpool rock and if you cut me open it would say Barnsley Chronicle right the way through and I think that is true.

“It means a lot to me that my son Mark will carry on the Crossland family association with the Chronicle for years to come,” said Alan, who will be 68 in October.

“When I joined the company at 18, I had four job offers including the one at the Chronicle and I think it says a lot that after 50 years I still think I made the right decision.

“I’m lucky that there were forward-thinking people working here who allowed me to develop my skills and I have been able to implement improvements for all parts of the group.

“My proudest achievement was developing a bespoke sales and invoicing system which went live in October 2019 – it took 12 months and many, many hours both inside and outside office hours to write the software but it was very satisfying.

“I’ve been happy here. I have enjoyed helping with developments and I’m proud to have played a part.

“Every year has been a happy one because the Chronicle lives on and continues to be published.”

Alan is planning an Italian cruise with his wife, Sharon, to celebrate the occasion along with his recent 45th wedding anniversary.