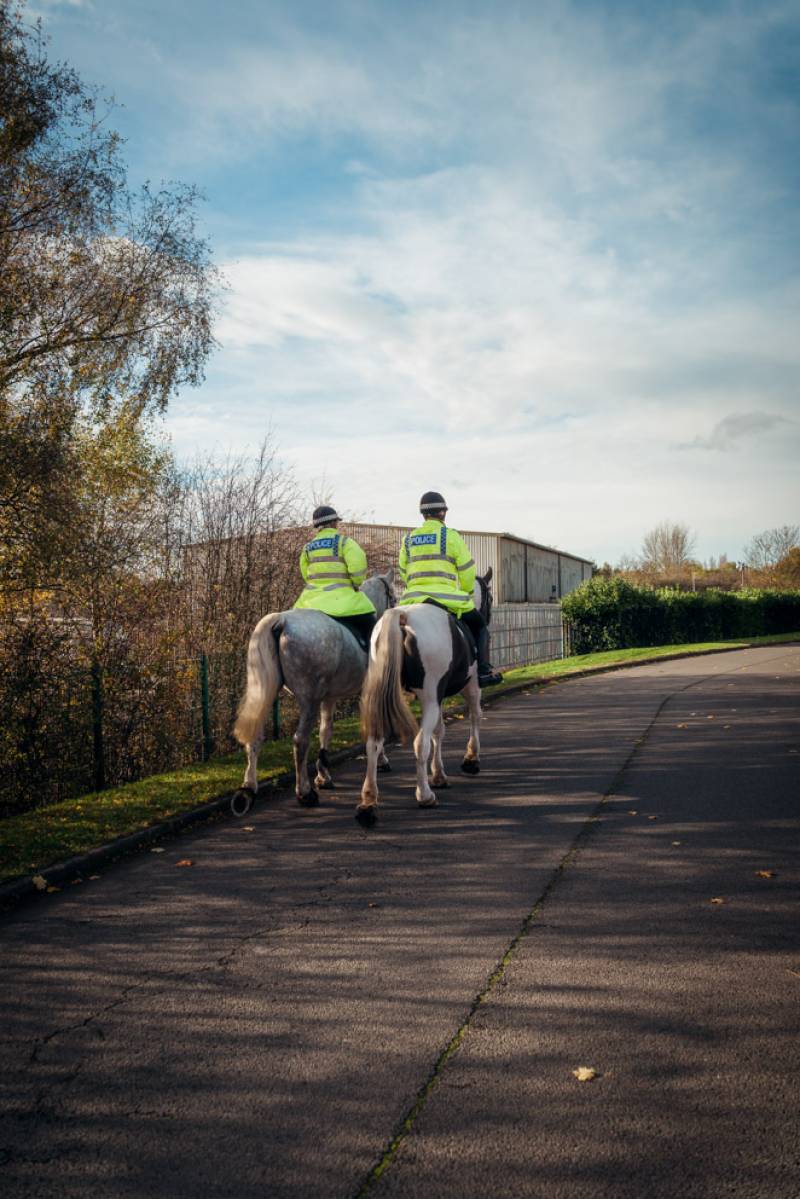 AN appeal has been launched after two police horses were almost hit by a heavy goods vehicle in Wath.

It’s reported they were about to leave the exit when a HGV approached them from behind.

The horses and officers were unharmed but extremely shaken.

A spokesperson said: “The lack of attention from the driver could have had extremely serious, or even fatal consequences, for both horses and riders.

“The driver failed to stop at the scene and drove off as the officers gained composure of the horses.

“We are keen to hear from anyone who witnessed the incident, or may have been driving in the area at the time and have dash-cam footage of the HGV prior to or following the incident.

“I would also like to express my thanks to a driver passing by who ensured that both officers and horses were ok.

“If you have any information that can assist officers with their enquiries please contact us via the online reporting portal on our website, or via 101 quoting incident number 288 of August 16.”