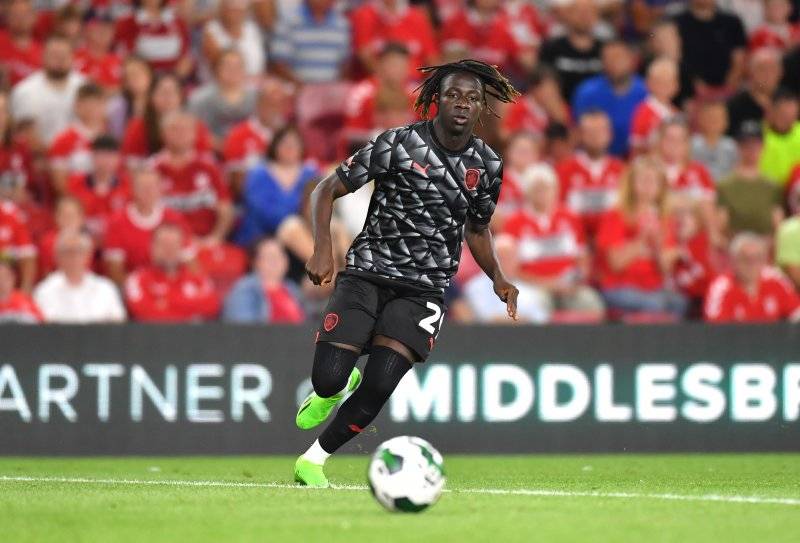 FABIO Jalo made his Barnsley debut aged 16 in midweek but has been told he has ‘a hell of a lot to do’ before he is a first team regular.

The striker came off the bench in the 1-0 EFL Cup win at Middlesbrough on Wednesday and became the sixth youngest player in the club’s history.

Jalo, who is originally from Portugal but has been called up for England youth training camps, has recently signed a professional contract for multiple years.

Academy manager Bobby Hassell told the Chronicle: “Fabio has a hell of a lot to do, he was probably the under 18s’ worst player on Saturday in their friendly. But there’s no other player at the club, including the first team, who I would want the ball to fall to in the box. He is a goal-scorer. Physically he is ready for men’s football. If he gets in the first team at a young age, he will get highlighted and there will be a lot of interest. But we have him on a pro deal so there’s no pressure to sell.

“I have had League Two clubs ask about taking him on loan.”

Jalo is bound to be compared to Reuben Noble-Lazarus who made his debut aged 15 in 2008. Hassell said: “I know them both well and they are very different. Reuben got thrown in too early then had a lot of injuries and took a lot of anxiety, worries and fear into his football.

“Fabio has no fear at all. Of course you have to be very careful, but we will be.”