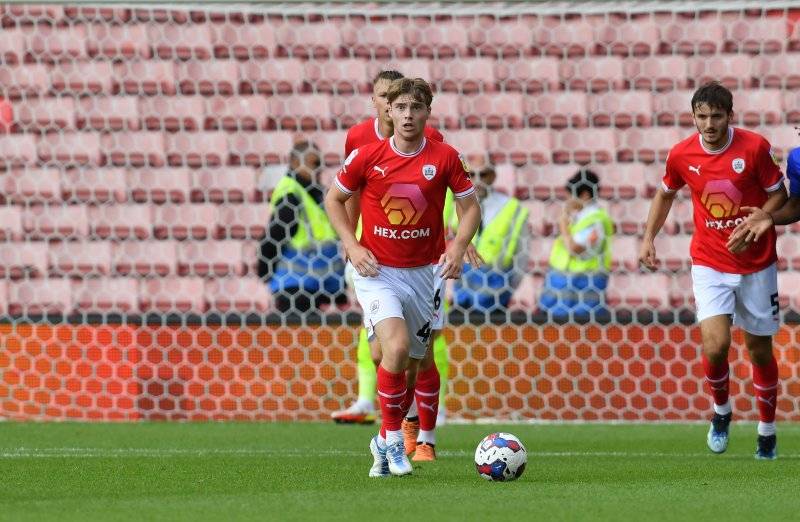 The Reds reached an agreement with the cryptocurrency late last week and wore their logo on their match shirts in Saturday’s 1-0 win over Cheltenham Town.

Social media accounts of individuals initially credited by HEX’s Brent Morrissey with brokering the deal appear to have previously made some homophobic comments, which have been highlighted and criticised by many Reds fans. It is unclear exactly who the accounts belong to and what their relationship with HEX is.

Rainbow Reds, the club’s LGBQT+ supporters group, said in a statement: “We are aware of the abhorrent accusations towards representatives of new sponsors, HEX. We do not wish to jump to conclusions, and this is not our investigation to carry out. However, we plead with the club, the board and CEO to act upon this immediately and begin a thorough investigation of this.

"Football is for everyone. With recent milestones such as Jake Daniels' public coming-out and the Euro 2022 triumph for the Lionesses, this should be a time of celebration for all. We are appalled at these accusations and we hope to find clarity with fans, sponsors and the club as soon as possible. To reiterate, we are not concluding these accusations as true. We ask for an investigation into the matter, and we trust the club with the outcome.”

The supporters trust has released a statement with the questions they have put to the club, including allegations that HEX is a Ponzi scheme.

A supporters trust statement said: “In the days following Friday’s announcement of the club’s new sponsorship deal with crypto currency HEX, it became clear that a significant amount of supporters had reservations about the football club entering in to such a partnership.

These reservations only intensified yesterday as clarity around who brokered this sponsorship deal, and which individuals were genuinely involved, grew.

“BFCST spoke with the club on Sunday morning, and followed that up today seeking an update to the four areas we believe are of most concern to Barnsley FC supporters.