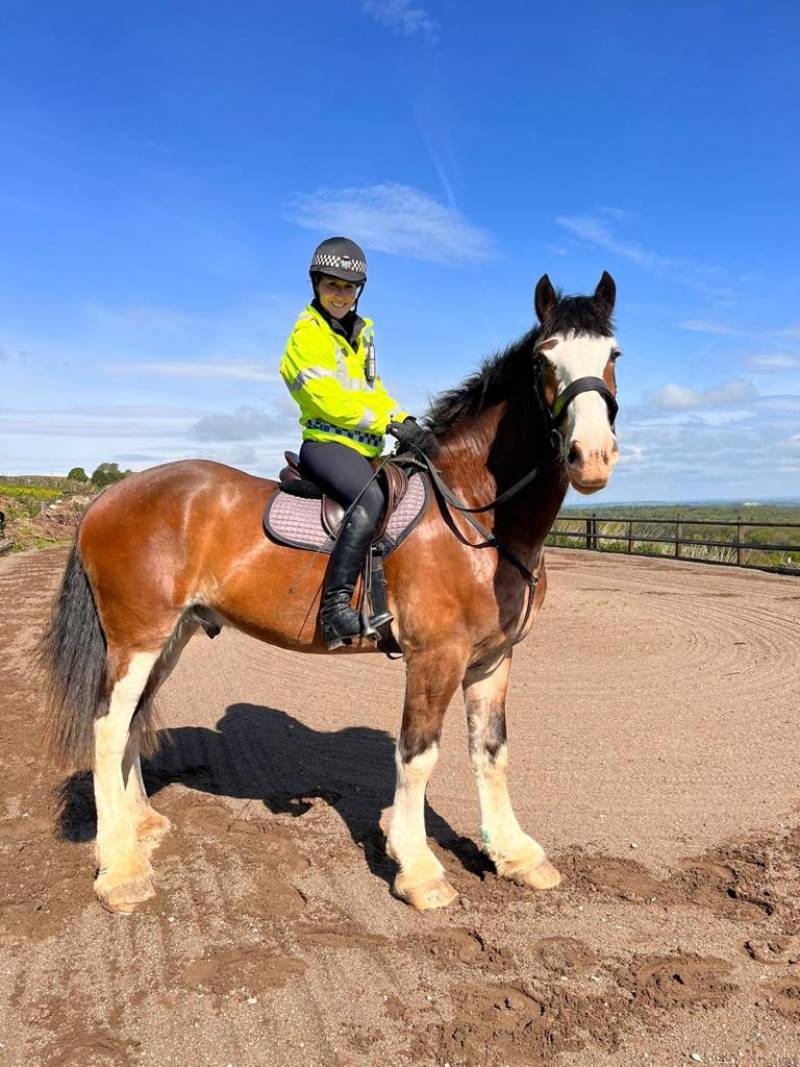 A NEW police recruit is set to roam Barnsley’s streets after being welcomed by the force.

PH Wortley, who is a four-year-old shire and stands at 17.2hh, could become the biggest horse in the team at Hoyland in the next few years.

Following an appeal to find a new horse earlier this year, a local woman got in touch with the police to shire horse ‘Soloman’ had potential.

PC Sally Bellamy has partnered up with the horse to teach him the ropes - and he’ll be on the streets with the Hoyland team.

She said: “Our horses don’t sit an interview or a test like we do, but they have to show us that he is brave, inquisitive, laid back and not fazed by what can usually be a scary experience for a horse.

“At only four years old he has maturity beyond his years, in the past five weeks he has showed us how ‘bomb-proof’ he is.

“He has been around all types of traffic and machinery, which is a large part of what we do and our horses must remain sensible. “He’s been on patrol in all of our city and town centres, taking in all the sights and sounds, and fuss from shoppers.

“He’s a cheeky and playful boy who shows an interest in everything.

“He’s affectionate and already has a piece of my heart.”