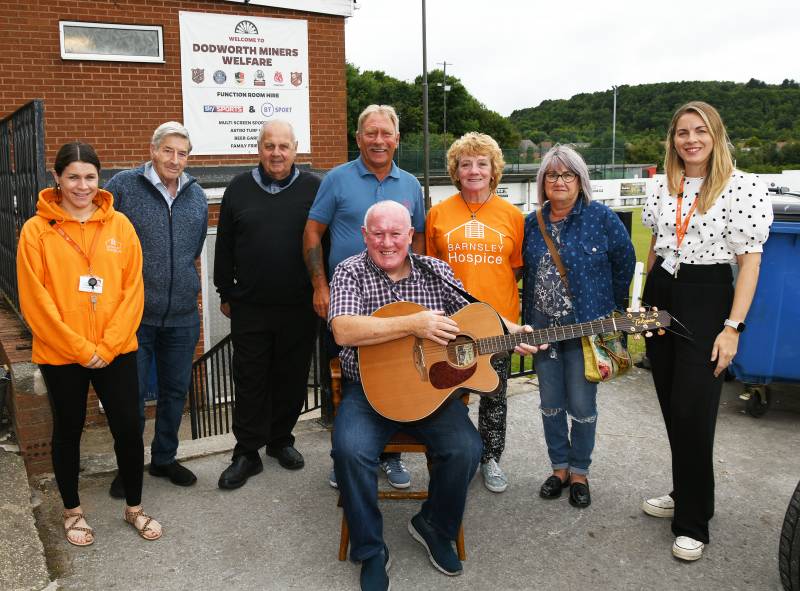 VOLUNTEER and fundraiser Judy Holling has dedicated much of her life to helping others and has earned a Proud of Barnsley nomination for her efforts.

Judy – who raised more than £5,000 for Barnsley Hospice with her late partner Steve Riley – said she lives by the motto ‘if you can’t do somebody a good turn, don’t do them a bad one’.

The 76-year-old, who now volunteers for the charity and does all manner of fundraising, has most recently launched a social afternoon which is hoped to beat loneliness while raising money for the hospice.

“There’s a lot of lonely people on their own,” said Judy of Baslow Crescent, Dodworth.

“We want to get them out for some part of the day, especially as it starts getting dark on nights – if they go out during the afternoon it can make all the difference.

“The club used to be fantastic – I’ve lived in Dodworth all my life and it was always busy.”

Judy said she and Steve – a much-loved entertainer nicknamed ‘Mr Barnsley’ who died of a heart attack in March 2020 – would set up their stall wherever they could in support of Barnsley Hospice.

“We’d go anywhere they’d have us,” she added.

After Steve’s funeral, Judy carried on selling spare plant pots during lockdown from outside her home, which quickly grew into a stall that raised more than £2,000.

She’s also part of the ‘Grabby Grannies’ group which meets every Thursday afternoon at Kingstone’s Heaven and Ale pub and has raised thousands for the hospice.

“I’m absolutely overwhelmed to think somebody has thought of me,” she said of her nomination in the Charity Fundraiser category.

“I’ve always been involved in the community.

“When it was the Queen’s Jubilee, we had a street party and my neighbours made me a crown to say I was queen of the street for everything I’ve done.”