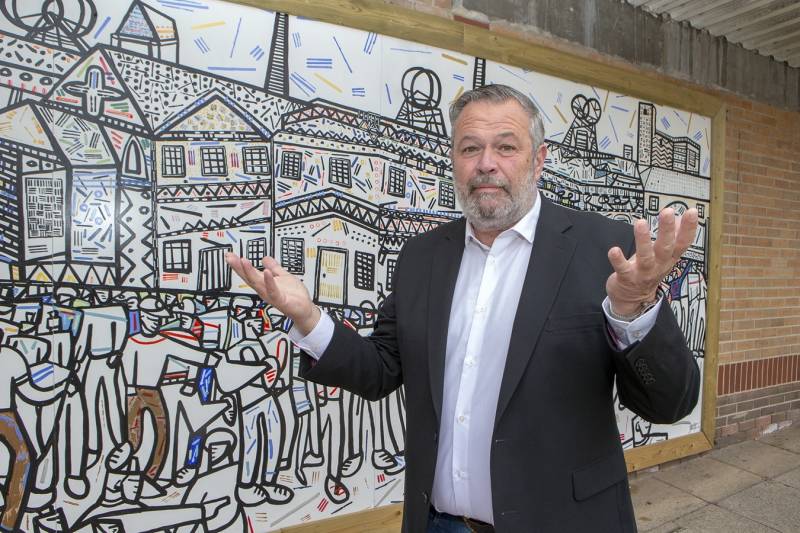 ARTWORK commissioned as part of a scheme to make a high street a smoke-free zone has been blasted as a ‘jaw-dropping’ waste of money by a newly-elected councillor.

A £70,000 cost was reportedly quoted, leaving some jaws dropped according to Coun White, although the council dismissed the figure this week.

He told the Chronicle: “There’s been so many rumours about its cost.

“Around 50 per cent of people I spoke to during my election campaign didn’t know what the mural was.

“If I was on the council when this was brought up I would have just said ‘no’.

“For the amount of money you’d expect the Mona Lisa.”

However, the council said the public were consulted before the artwork was signed off.

Kathy McArdle, service director for regeneration and culture, added: “The investment in smoke-free Hoyland is part of our ambition to make smoking invisible in our borough through the Breathe 2025 campaign.

“There is clear and strong evidence that the best way we can reduce smoking prevalence in our borough is by changing adult behaviours and making smoking invisible, especially for children and young people.

“The mural cost £17,955 and was funded from the Principal Towns budget.

“It was approved following engagement and consultation with businesses and the local community.”