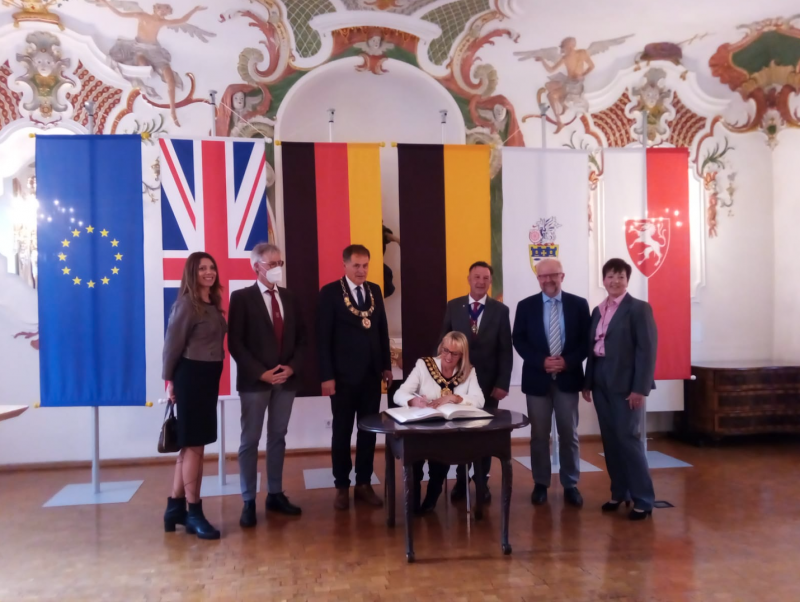 A LONG-AWAITED celebration of the 50th anniversary of Barnsley’s twinning partnership with Germany’s Schwabisch Gmund will take place later this month.

Last June the two towns were due to celebrate the anniversary, but due to Covid this was put back.

However, on May 27 a weekend of celebrations will take place as representatives from Schwabisch Gmund head to Barnsley.

In preparation for the weekend, Mayor of Barnsley Coun Caroline Makinson visited the German town to sign the official Golden Book – the equivalent of Barnsley’s visitor book.

She said: “As I approach the end of my term as the Mayor of Barnsley, it was an absolute honour and privilege to visit our twin town ahead of the 50th anniversary celebrations.

“It was a real highlight of my time as mayor to be part of these celebrations and to sign their Golden Book alongside City Oberburgermeister, Mayor Arnold and members of the Schwabisch Gmund Twin Town Society.

“Five decades of friendship is a remarkable achievement and I’m so pleased we’re finally able to come together to celebrate.