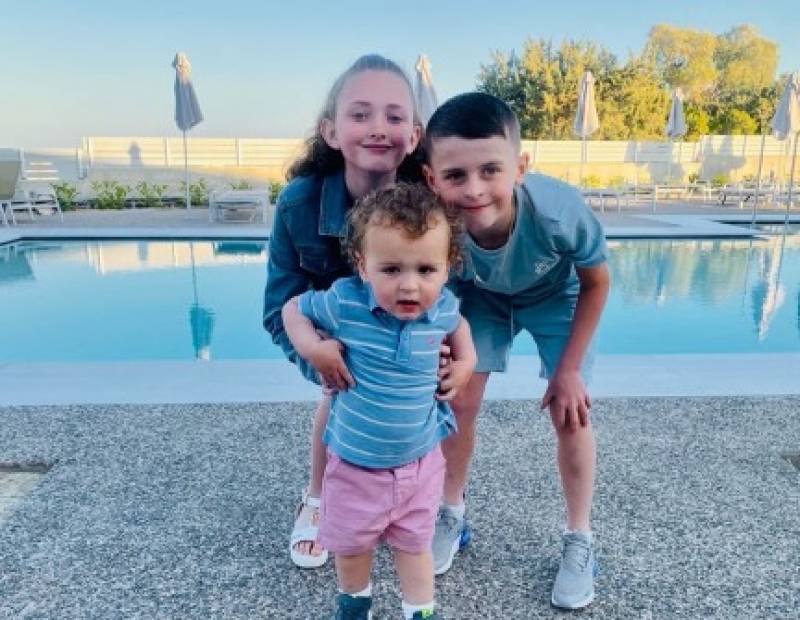 A FAMILY’S anxious five-month wait for a passport for their young daughter was solved just days before their holiday – but only after the case was brought up in Parliament.

With Covid testing requirements now dropped and many letting their passports lapse during the pandemic, the British passport office has been swamped by an unprecedented wave of applications ahead of the summer holidays.

It’s advised waiting times of up to ten weeks should be expected – but Jade and Michael Brown had waited almost twice that long to secure a passport for their ten-year-old daughter Serenity.

The Cudworth couple and their three children – Serenity, eight-year-old Keeton and one-year-old Axel – made it to Greece for their holiday this week after raising the issue with Barnsley East MP Stephanie Peacock.

The MP spoke in the House of Commons about their case – one of several raised with her – and Home Secretary Priti Patel advised her to follow it up with the Home Office.

Stephanie said: “After years of no travel and sticking to the rules, the Home Office’s failure to prepare has left holidaymakers vulnerable to paying hundreds of pounds for fat-track services, or missing holidays and paying for cancellation costs.

“I am delighted to have been able to reunite a constituent with their passport in time for their well-deserved holiday, but more must be done to address this backlog for the hundreds of others who are facing similar issues.”

Jade, 31, praised Stephanie and her staff as ‘amazing’ as they picked up the case within a day of her reaching out for support.

“I was back and forth for about six weeks ringing daily and just getting past from pillar to post, and sending emails and writing letters but getting nothing back, plus just getting through to people who don't know anything and were just reading from a script,” she told the Chronicle from Greece.

“It really put a lot of stress on me thinking she wouldn't be able to go away, or that I was going to have to take my two boys on my own.

“It’s an amazing feeling to be on a proper family holiday after not being able to go since Covid, but it’s our youngest’s first holiday.”

Travellers have been advised they may see a quicker turnaround if they pay more for a ‘fast-track’ application, but the system has been fraught with difficulties and technical issues.

Stephanie added: “It was lovely to hear from the family this week, who had made it safely to their well-deserved holiday and sent a picture of the children together.

“However, it should not take an intervention from my office for constituents to gain access to basic documents.

“More must be done to address this passport backlog, and reduce waiting times, for the hundreds of others across the country facing similar issues.”