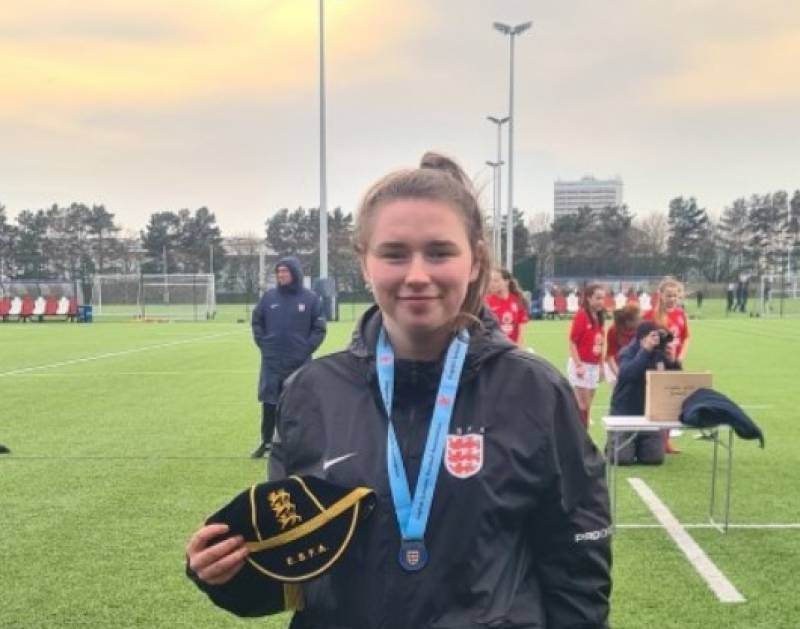 A TALENTED teenage goalkeeper is dreaming big after being called up for England.

Ashleigh Ridsdel-Harrison is in year ten at Outwood Academy Carlton, and she recently appeared between the sticks for England – including in a 4-0 win over Northern Ireland.

She was called up to the English Schools Football Association under 15 girls back in February – and took part in a round-robin cup competition at Cochrane Park in Newcastle.

She said: “It was a brilliant experience to be involved with and it has just given me the taste for more.

“Being called up to the squad initially was like a dream, I didn’t believe it at first, but to pull on an England shirt and play games was just out of this world.

“I’m focussed now on working hard to make sure I get to do it again.”

Paul Haynes, principal at Ashleigh’s school, added: “I have been monitoring Ash’s progress and getting regular updates from her mum, for some while now, and it is fantastic that she has been selected to play for England.

“She had a few injury worries along the way but this is a great achievement and she is a very talented young person.”