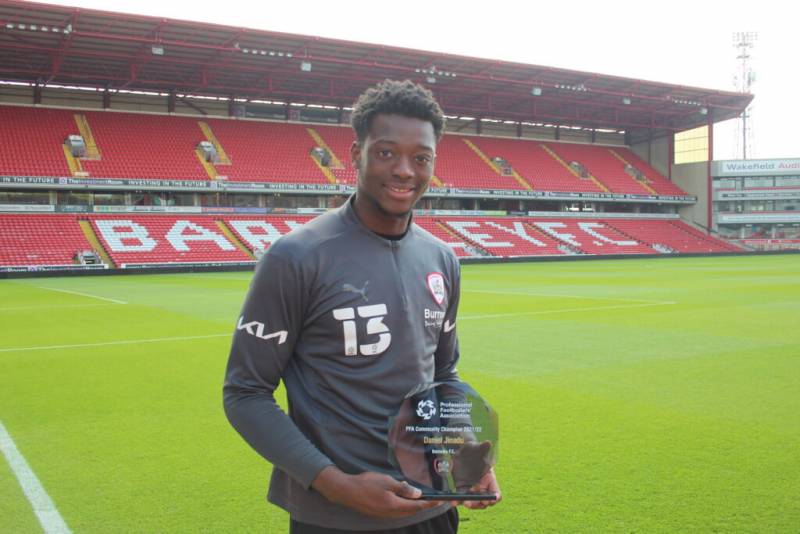 A BARNSLEY goalkeeper has been recognised by the Professional Footballers Association for his work within the community this season.

Daniel Jinadu has been named the PFA Community Champion for the 2021/22 season after being nominated for the work he has done with Reds in the Community over the past year.

He has been sharing his experiences with students and is also currently studying a part-time degree in psychology whilst playing.

He said: “I’m delighted to receive this award, it’s such an honour and shows the positive impact I can have on the people and community around Barnsley and I’m really humbled to receive it.”

Paul France, the Reds in the Community CEO, added: “As a club charity one of our biggest assets is our players, Daniel has continually supported our students and become a real role model, so this award is well deserved.”