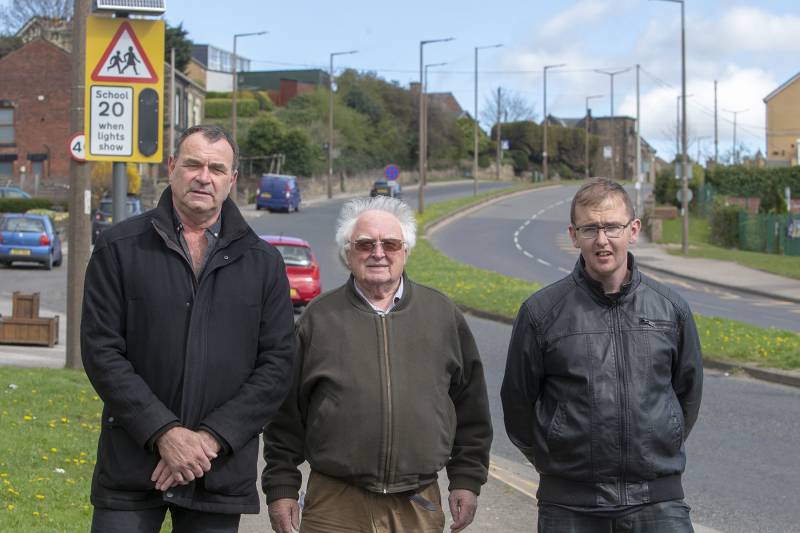 The new signs have been installed as part of a council pilot scheme and have been long-awaited by residents and Speed Awareness Group Ardsley (SAGA) who have been campaigning for measures for years.

Stairfoot Coun Andrew Gillis, who has been pushing for the signs to be put in place, said: “According to school governors, people have been taking notice of the signs and slowing down already.

“It took a while, but thanks should go to highways for getting these in place now.”

John Evans – a SAGA founding member – said he is happy to see the new measures but feels there is still more to be done to make the road safer.

“The feedback so far seems to be that the signs are helping,” said John.

“What we really need now is to consolidate the crossing patrol.

“The council have people interested and are in the process of getting them in place.

“From a SAGA point of view, we appreciate anything which helps to make the road safer.

“A particular thanks should also go to Damon Brown from the council’s highways team for working on this.”