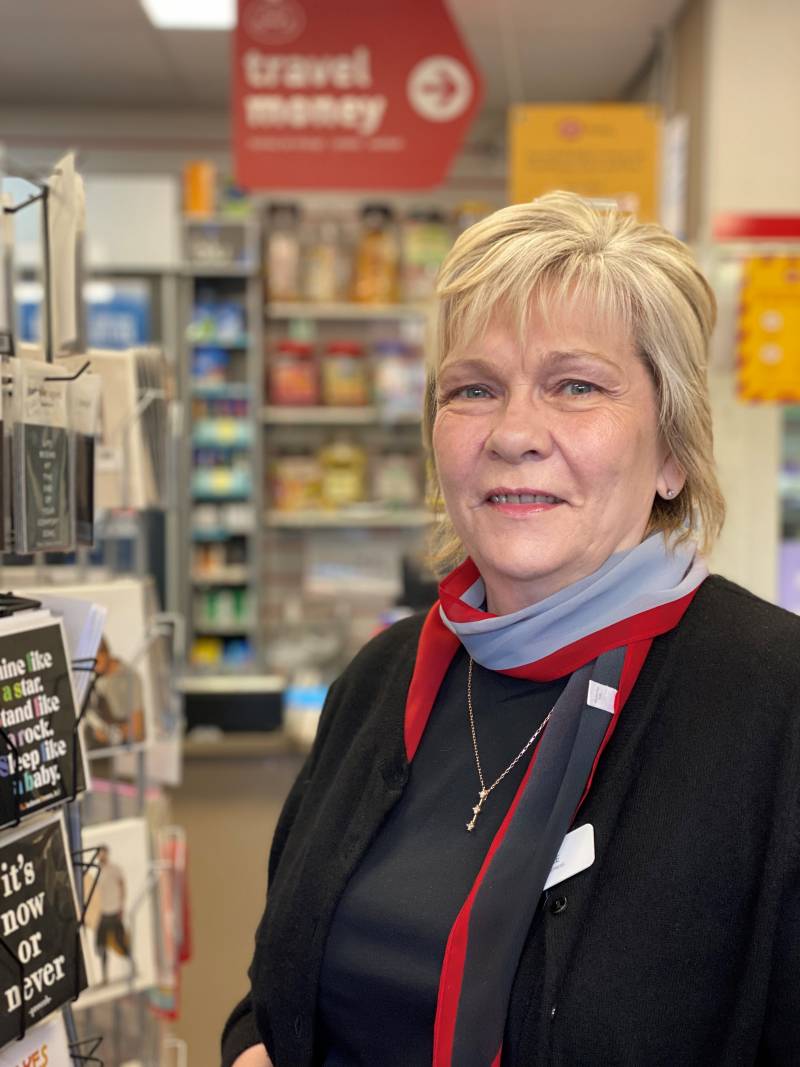 A POSTMISTRESS has been awarded for three decades of service to the Post Office.

Jackie Parkinson has been postmistress at the Huddersfield Road branch for 23 years and ran the nearby Gawber shop for seven years before that.

Her dedication also led her to being a finalist in the Post Office’s ‘We’re Stronger Together’ regional awards in 2020, in the community engagement category.

Jackie’s support of vulnerable customers during the pandemic – which included opening her phone line to older members of the community as needed – was recognised with her nomination.

“I’ve seen them all go to school, on to senior school, and then they’re adults.

“It’s a nice job to have – being with people all day long, and talking to them, and getting to know them.