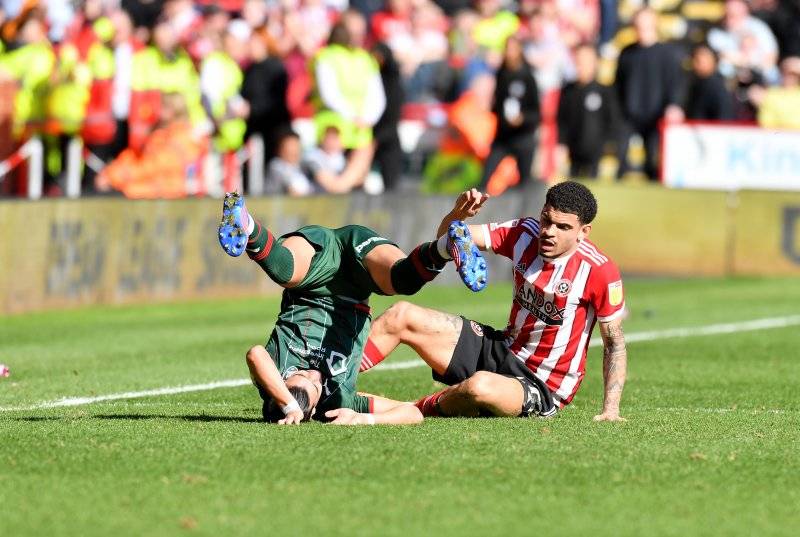 BARNSLEY are now five points from safety after a 2-0 derby day defeat on Saturday.

The Reds travelled to Sheffield United knowing a win would have taken them out of the relegation zone for at least a few hours until Reading faced Blackburn.

However, goals from Sander Berge and Morgan Gibbs-White after half time gave the Blades a 2-0 win and kept Barnsley in the relegation places.

No other team in the bottom four lost and Reading won meaning Poya Asbaghi’s side are now five points adrift with eight games to go.

Their next match after the international break is at home to Reading.

Asbaghi said: “The first 55 minutes were really good. Maybe our best away performance, and better than against Fulham and Bristol City in the last two games.

“We had the game where we wanted it. It was not that we super-dominated but I really felt we dictated terms. In a pretty even game, we were the better team.

“We did well in the second half for ten minutes but then they get a free-kick, we knew they take them fast but still they were able to surprise us which is really disappointing.”