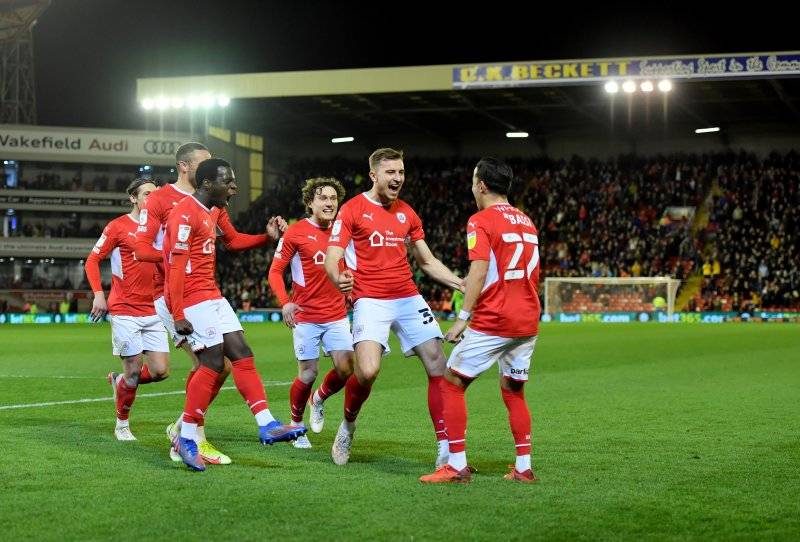 BARNSLEY picked up a vital three points last night as they look to replicate their Great Escape from previous seasons.

Poya Asbaghi’s side capitalised on Bristol City’s poor marking from corners to win the game 2-0.

Carlton Morris fired in early in the first half after Matty Wolfe headed the ball back across goal from the corner.

That’s the way the game finished as some resolute defending from the Barnsley defence kept the Bristol City frontline out.

The Reds are now just two points from safety and play Reading in their next match at Oakwell.

Asbaghi said: “We scored from two corners which were finally the decisive part of the game for us. It is important for us if we are going to stay up that we are not only scoring from counter-attacks or open play.

“Before this game our main focus was the set pieces because we knew that Bristol City is a team we could use spaces in a good way against. I am happy that focus paid off. We have to keep using it.”