Motocross sensation looking to go to the top 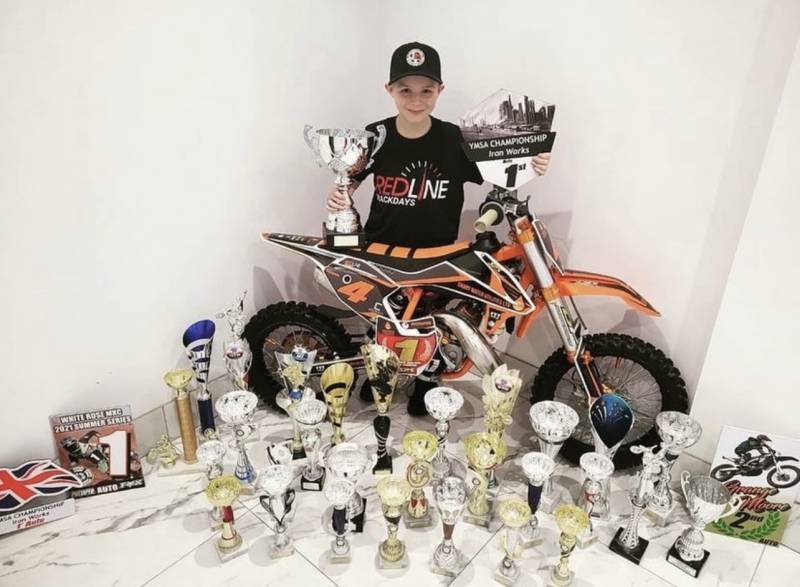 A BUDDING motocross youngster is hoping to become one of the brightest stars of the growing sport in the coming years.

He’s been involved with motocross since he was six – and he’s got his eyes set on the prize having won 30 trophies in a short space of time.

Hollie said: “He’s been riding at 50cc since he was six and last year he won a number of trophies – he’s won 30 so far.

“He’s just been moved up to a 65 and he’s been training all winter – mainly up in Scotland.

“The first week was last month and he managed to get a third and an eighth so he did really well.

“He wants to be the next champion and the next Conrad Mewse.

“His trainer rang me up earlier and he definitely thinks he’ll be able to get there – I’m so proud of him.”

Ronan is set to compete in the first race of the British Championships in the coming weeks.