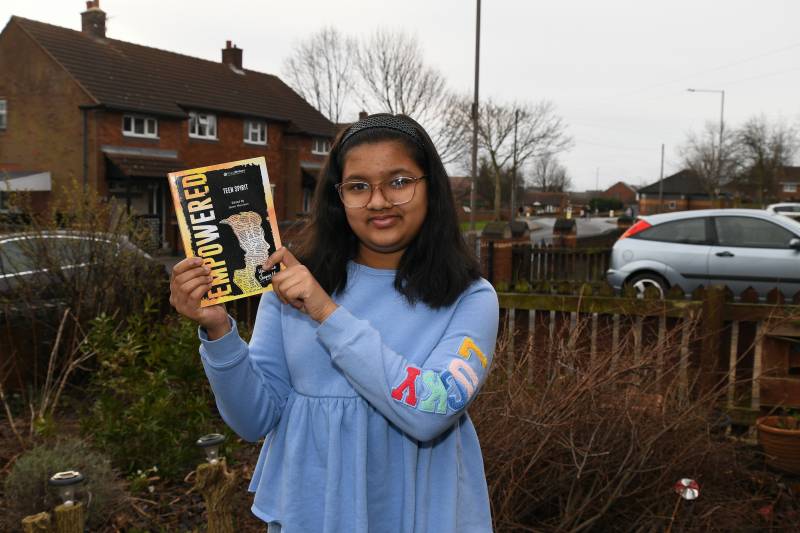 ONE of 33 young writers from a town centre school has said how ‘proud’ she feels to have wowed judges of a national children’s poetry competition.

Senuli Perera, 12, submitted her poem along with her peers at Horizon Community College and was chosen to have her work published by competition holders, Young Writers.

Senuli was one of 33 students at Horizon who had their poems included in the book, titled ‘Empowered’.

“We are delighted to say the students had their work published,” said a school spokesperson.

“This is something they should feel incredibly proud of.

“What an achievement by so many young people.”

The competition was aimed to encourage young people to write about a concern, opinion or point of view.

Year seven student Senuli, of Warsop Road, Athersley, wrote her poem about how it feels to tackle problems from having homework to body image.

“I was actually so shocked but so happy when I found out that I’d be published,” she said.

“I did it at 10pm at night which was really late for me.

“It was great when I saw it in print – to be a published journalist or writer is a dream of mine.”