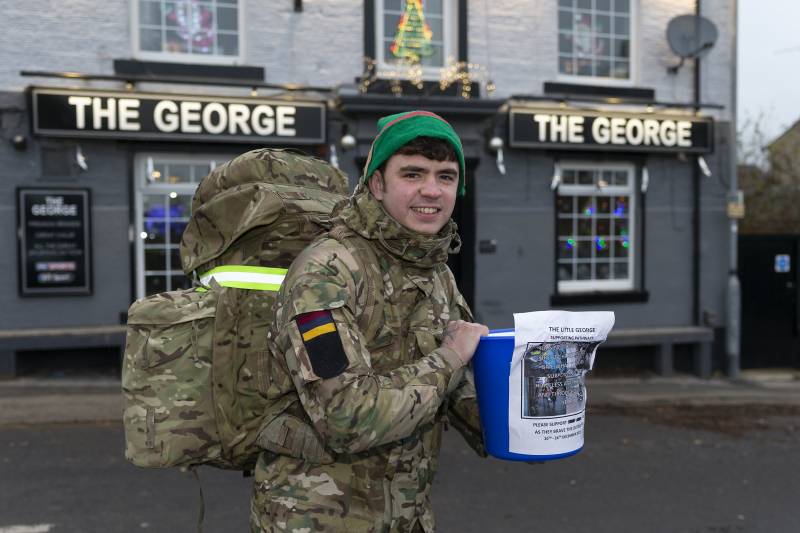 ARMY medic Jack Fisher has raised more than £1,000 for a homelessness charity by sleeping rough throughout this week.

Wombwell man Jack braved freezing temperatures – as many homeless people have to do at this time of year – in an effort to raise awareness and funds to support those on the streets.

Alongside the George pub in his hometown, where he’s taken up temporary shelter, Jack took up the challenge on Monday to support charity Pathways.

Lance Corporal Jack, 23, has served for six years in the Royal Army Medical Corps and said his service stood him in good stead for sleeping out in this week’s freezing conditions.

“Throughout the week I’ve been walking to key points, like markets, with my bucket,” said Jack, currently on leave having previously been to Kenya, Kosovo, and Northern Ireland.

“Pathways work alongside veterans’ charities and a lot of the money raised goes towards veterans who are sleeping rough.

“I wanted to raise awareness of the temperatures and weather situation homeless people face.

“My past experience working in it made it a little bit easier – but the first night was a bit nippy.”