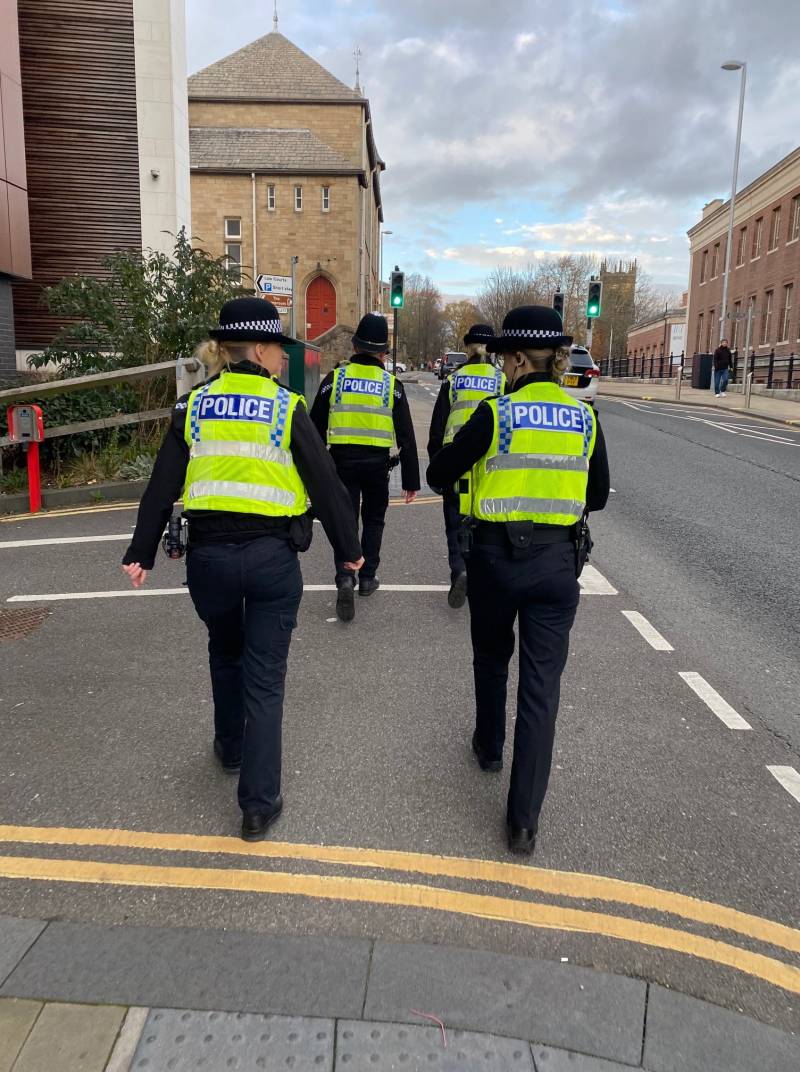 POLICE officers hit the streets of the town centre this weekend as part of an initiative to help reduce knife crime.

The Barnsley Central Neighbourhood Policing Team (NPT) were out on Friday as part of Operation Sceptre.

The operation was led by acting sergeant Neil Crossland, part of the Central Neighbourhood team. He said: “Today’s operation has been a success. We had 16 stop searches in two-and-a-half hours and within that we have reported three individuals on summons for drug possession and processed a male found to be in possession of a lock knife.

“We also arrested a 27-year-old man who was wanted for a recent residential burglary who has since been charged with that offence by our local detectives.

“This was another pre-planned operation within a wider problem-solving approach that we seek to take as a team to emphasize our commitment to tackle the issues that are important to our communities.”