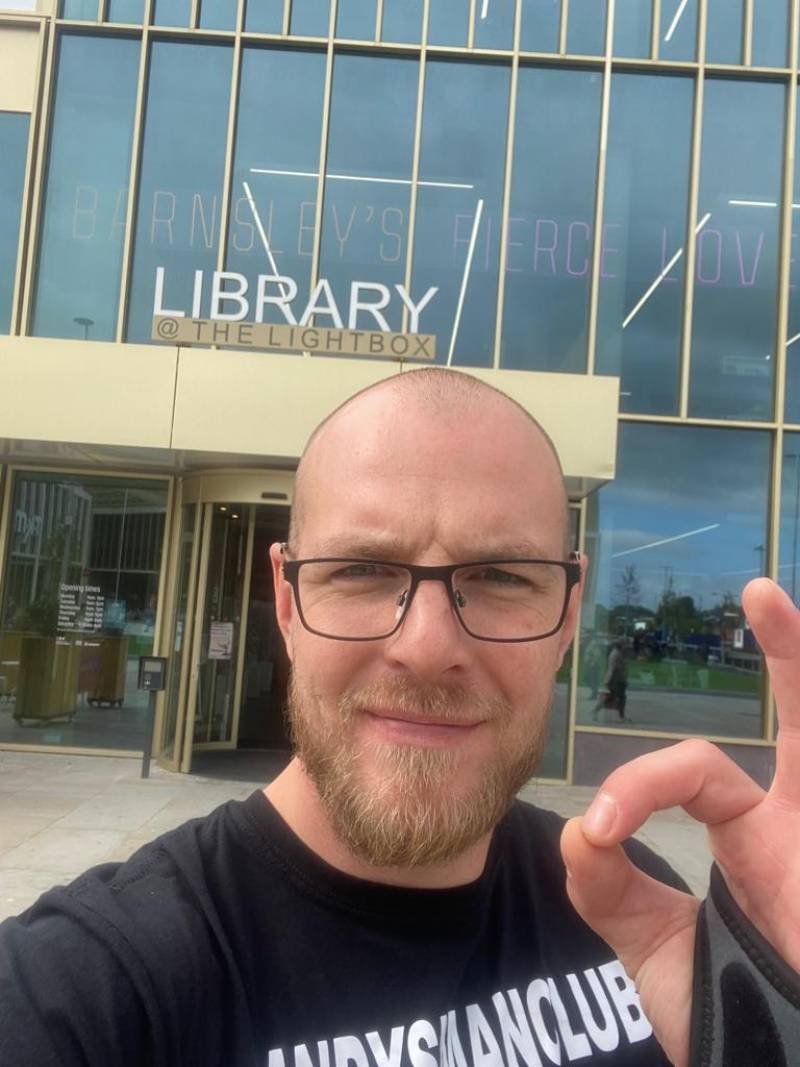 A LONG-AWAITED support group for men to open up about mental health issues will welcome its first group next week.

Andy’s Man Club had identified a need in Barnsley at the start of the year and a long search for a home has finally brought the charity – which offers free talking groups for men – to the Library @ the Lightbox in Barnsley town centre.

The charity was formed in 2016 in memory of Halifax man Andy Roberts, a 23-year-old dad who died by suicide.

There are now around 60 groups across the country, with plans for more than a dozen more by the end of the year.

Oli Vikse, 33, a project development champion with Andy’s Man Club from Halifax, has been tasked with opening the Barnsley group.

“We get a lot of requests from people in Barnsley – not just men, but women who want to support a man in their life,” he said.

“We know there’s a need in Barnsley and we’ve been trying so long to get a club open.

“It’s the final piece of the South Yorkshire puzzle, a key area we’ve been missing.

“We’re absolutely over the moon – it’s been a long time coming.”

Barnsley also has a higher-than-average rate of recorded depression – 13 per cent versus the national average of 11.6 per cent.

NHS statistics show only 36 per cent of referrals to talking therapies are for men, but more than four times as many men in Barnsley die by suicide than women.

“There’s the old stigma of what it is to be a man, you strap up and get on with it,” added Oli.

“It’s something I’ve seen a thousand times, where guys are coming through the doors even after the first session, and you see them as a full person, rather than a hollow shell.

“It’s giving them a platform to talk and listen completely confidentially – they don’t have to talk themselves – and getting across that it’s okay to have these feelings and problems.

“To say these guys are also struggling, it’s not just you, is a massive part of breaking down that stigma.”

The opening will take place on Monday at 7pm, with sessions every Monday afterwards.