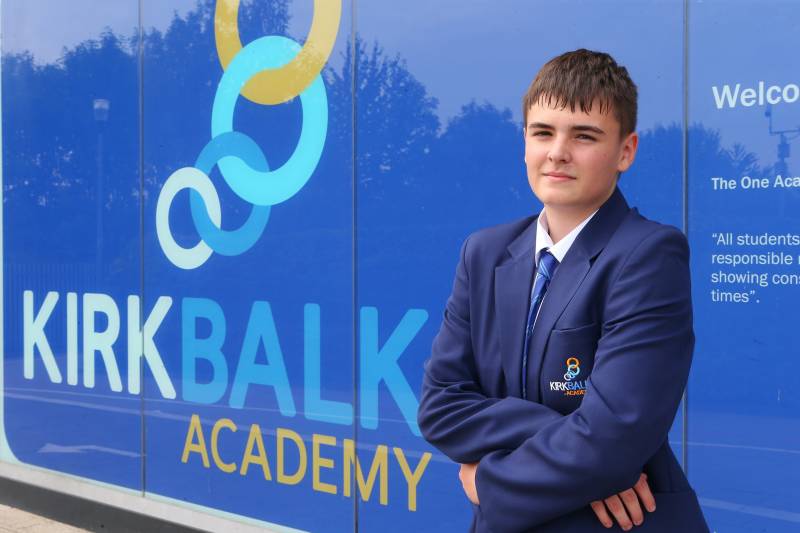 A TEENAGER who saved the life of a youngster while on holiday in Skegness has been given a hero’s welcome since returning back to Barnsley – but he’s still ‘just Jack’ according to his mum.

Jack Fenton, 14, couldn’t have imagined he’d be a lifesaver when he woke up ahead of a day at a Skegness beach in August but that’s exactly what happened.

He was sat on Chapel St Leonard’s beach with his family before bedlam ensued.

A number of parents started to shout after they spotted a stricken eight-year-old boy drowning around 40 feet out at sea.

Adults were unable to reach him but, without a moment’s thought, Jack dived into sea on his inflatable and saved the youngster from drowning.

When the coast guard arrived, they hailed Jack a ‘hero’ and that without him it’s likely that the eight-year-old would have drowned.

Mum Sarah Fenton, 38, of Hoyland, told the Chronicle: “I still don’t think it’s hit Jack exactly how amazing what he did was.

“He could have died himself and he was really lucky he didn’t – it was so dangerous.

“I don’t think any of us understood how serious it was until a little bit later when it sunk in.”

Jack, a Year Ten student at Kirk Balk Academy, returned to school and became one of the VIP guests at the PROUD Thursday event – signing the students’ certificates on the ‘other side of the table’.

Principal Dean Buckley said: “We are all so proud of Jack for his bravery, he really has done himself, the school and the local community proud.”

He’s now on the final shortlist for a Proud of Barnsley award in the Young Superstar category – and he’ll be looking to claim top prize at the event on November 19.

“He’s so excited for the event and so are all the family,” Sarah added.

“We’re all just so proud of everything that he’s done.”