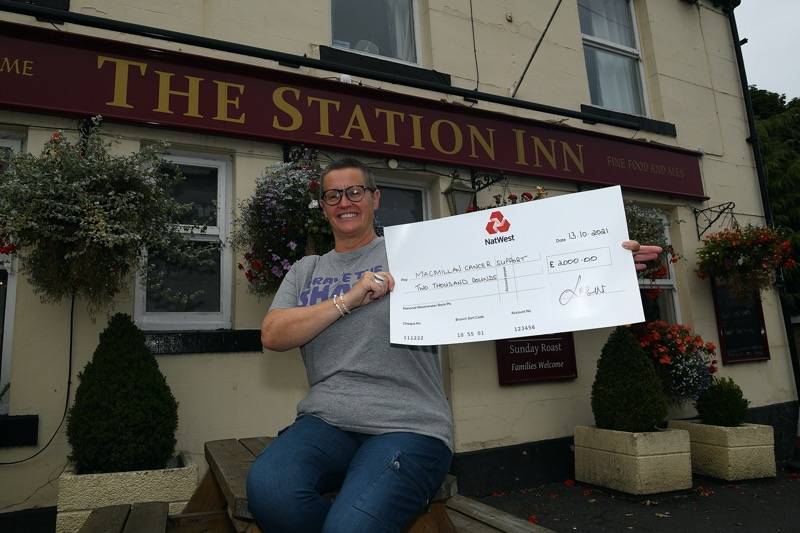 A WOMAN who braved the shave at her local said she hopes to have £2,000 to give to Macmillan Cancer Support by the end of the week.

Lyn Howarth, 56, said raising money for the charity was something she wanted to tick off a bucket list, made when she hit 50.

And, not one for baking or coffee mornings, Lyn contacted the Station Inn in Silkstone Common after she had the idea to film her shaving off her hair.

She never thought the night would raise more than £1,000 for the charity – which she said by the end of the week should be closer to £2,000 after donations are fully counted.

“People have been very generous with their cash to say they were just watching me make a fool of myself,” said Lyn, who’s semi-retired and works as a gardener for elderly people in the area.

“But look at what it’s raised.

“It was heaving – it’s a really nice community pub.

“I wasn’t so emotional about losing my hair, but I was at the amount of people who turned up.

“We’ve lost so many people to cancer.

“A friend of mine is actually going through it at the minute.

“I have been very lucky, I’ve never been ill, but it’s nice to know you can rely on Macmillan.

“I wanted to do something quite dramatic, so it was either brave the shave or jump out of an aeroplane.

“I’ve always had shoulder-length hair but I like it, and I’ve got plenty of bobble hats to wear.”