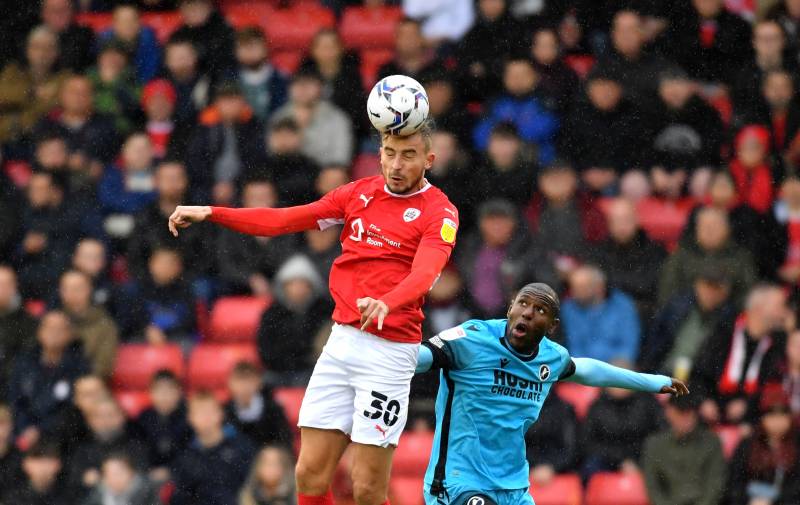 BARNSLEY fell to yet another defeat on Saturday after a last-minute Millwall winner at Oakwell.

The Reds have now dropped into the Championship relegation zone and fans are becoming increasingly frustrated at the results, and particularly boss Markus Schopp.

It was Millwall defender Murray Wallace who headed home in front of the travelling fans in the 89th minute.

The Reds started brightly with Leya-Iseka constantly troubling the Millwall defence, but very little came from it.

Devante Cole, who made his first start since rejoining the club, also had a chance as he went through on goal but his tame effort was saved by the keeper.

Fans were booing at the full time whistle with many calling for Schopp to be sacked.

There’s now a two-week wait for Barnsley’s next game due to the international break.