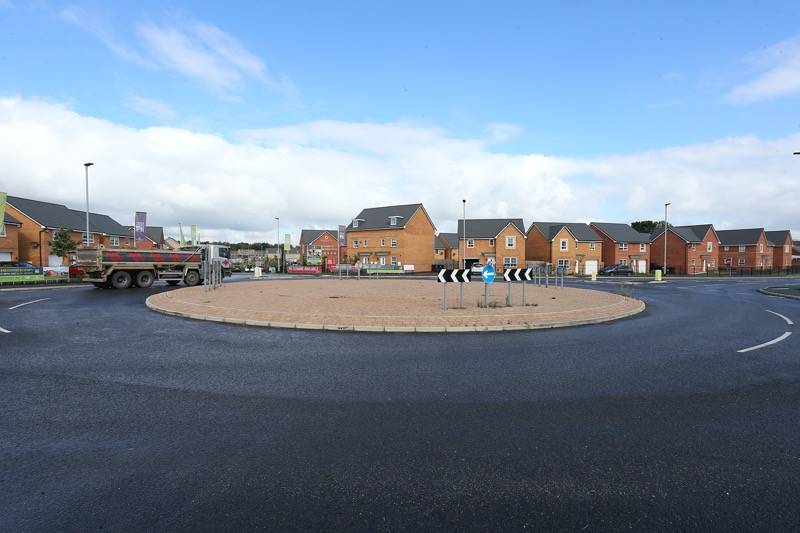 TWO large housing developments in one of Barnsley’s masterplan areas will not include any affordable homes – with the money to provide it instead being used to improve roads and build a new school.

A 115-home site, also set to house a convenience store, was given outline planning permission at Tuesday’s meeting of Barnsley’s planning board.

The plot, to the south of Lee Lane, Royston, forms phase two of the town’s masterplan framework on an area designated MU5 that’s expected to yield 994 homes in the future.

Phase one – to the west of this site – is expected to come back to planning ‘imminently’ after it was thrown out by the local authority as the applicant, Bellway Homes, was unwilling to wait for the adoption of the masterplan framework before submitting its proposal for 250 homes.

Such frameworks have been deemed necessary to stop developers pushing through unsuitable schemes – as was the case with phase one, which Bellway took to appeal before its highway safety impacts were questioned.

Once given full planning permission, both phases are expected to bring in roughly £10 million in Section 106 money.

This will include more than £5 million towards a new school and places, a new relief road and improvements to The Wells junction, noted as going ‘over capacity during peak hours’.

The application discussed on Tuesday includes 115 homes, a 500 square metre shop, and conditions for developers to improve public transport.

Indicative costs for the new primary school – which early proposals indicated to be open by September 2024 – are £6,136 per household.

Planning documents state phase two will be expected to provide approximately £761,285 in Section 106 for the new school, £500,000 towards The Wells and £179,688 for the relief road – which head of planning Joe Jenkinson said is planned to connect Lee Lane with Royston Lane.

Phase two, and the larger phase one, will not include any affordable housing contributions – with further developments’ allocation increased from the necessary ten per cent to compensate.

This will, added Mr Jenkinson, allow an additional cash injection for the school and roadworks which the council would otherwise either pay up front and recoup, or have to wait until MU5 was complete to receive.

“In the masterplan, we have different phases but we’ve said they wouldn’t necessarily come in that order – but what we did say is phases one and two would foot the bill for infrastructure in return for not providing affordable housing,” said Mr Jenkinson.

“If we did it equitably, we’d only build up the pot to pay for the school when development was finished.

“What the masterplan framework does is say is the first two phases of this development should provide infrastructure up front – particularly enable us to get the money for the school, and for the junction improvements.

“What you can’t do is load that on those two phases and then the later phases don’t have to pay anything it’s got to be equitable.

The MU5 site already has a 166-home estate being built, which was approved alongside road layout changes including a new roundabout that’s also the proposed access to the new site.