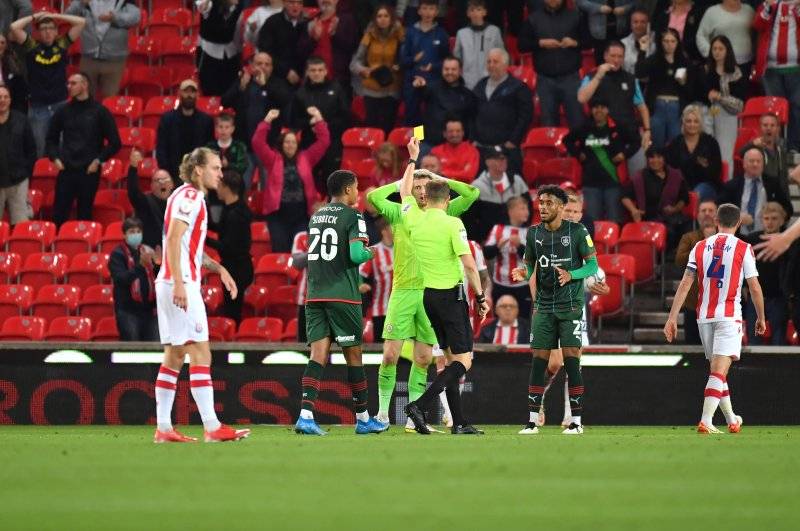 BARNSLEY came away from Stoke with a hard-earned point yesterday in a feisty affair which saw the referee brandish four red cards.

The home side’s Sam Surridge opened the scoring in the 17th minute before Reds captain Cauley Woodrow scored a stunning free kick to level the scores.

That’s when the game turned sour as Sam Surridge won a penalty for Stoke through an apparent dive.

Reds keeper Brad Collins denied the Stoke man from the spot though and then continued to make a series of fine stops in goal until the final whistle.

Stoke defender Tommy Smith was sent off for a foul on Claudio Gomes with five minutes to go, and then a touchline scrap between both benches saw three more red cards handed out.

Reds boss Markus Schopp said: “It was the 90th minute, it was 1-1, everyone has a bit of feeling.

“A coach from the other team was in my coaching zone and then he attacked me.

“That was the starting point.

“He doesn’t have anything to do in my coaching zone.

“The rumours started and you will see on the clips in a perfect way.”