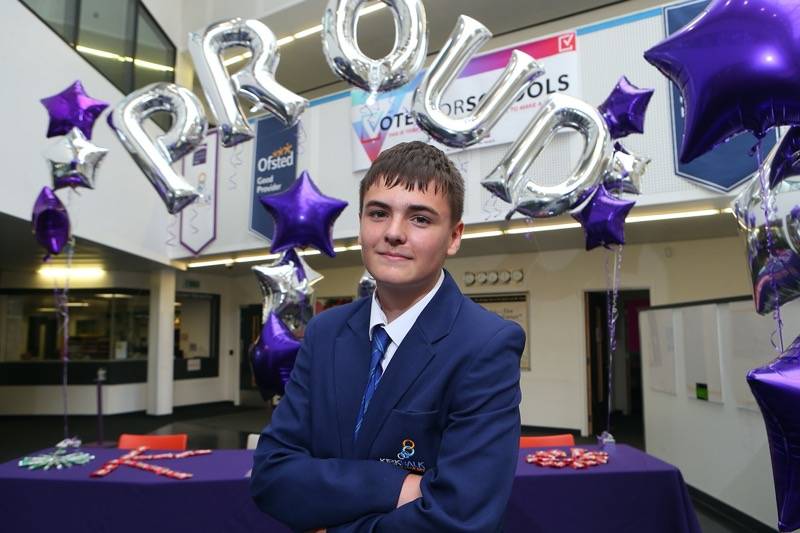 A TEENAGER who risked his life to save a child from drowning at the beach has been nominated for a Proud of Barnsley award for his actions in saving the youngster’s life.

Jack Fenton, 14, became an unlikely hero while on a family trip to Skegness.

He was enjoying his day on Chapel St Leonard’s beach when he noticed a child who had got into trouble while out swimming.

The windy day had caused the sea to become choppy, and it soon became clear to Jack and his family that the youngster needed help.

The child’s mum had phoned the coastguard but was unable to reach him as she herself couldn’t swim.

Without hesitation, Jack jumped into action, grabbed the family’s inflatable and rushed into the sea to reach the child – who had been struggling for some time.

Sarah Fenton, Jack’s mum, said: “We were on the beach with our family and I thought that I saw some boys that were messing about in the water but one of them was really far out.

“It wasn’t until I went a bit further down that I realised he was really struggling.

“A lady on the edge was screaming for him to come in while she was on the phone to the coast guard but she couldn’t swim so she couldn’t help.

“The little lad’s head kept going in and out of the water but despite the conditions Jack managed to get to him.”

Jack was hailed a hero for his actions and the coastguard revealed without his quick-thinking decision, the youngster may have drowned.

Jack has now been nominated for an award in the Triumph Over Adversity category.

“I am so proud of him,” added Sarah, 38. “At the time I was worried about the little boy but I was also worried about Jack too. I really hoped he didn’t get into trouble and need rescuing.

“He said his legs were like jelly and he was exhausted when he got back onto dry land. I couldn’t stop crying.

“He will love being nominated I think,” added Sarah. “It just goes to show that teenagers can do some good in the world. He was the only one that day that could get to the child, and I will thank my lucky stars that they were both safe.”