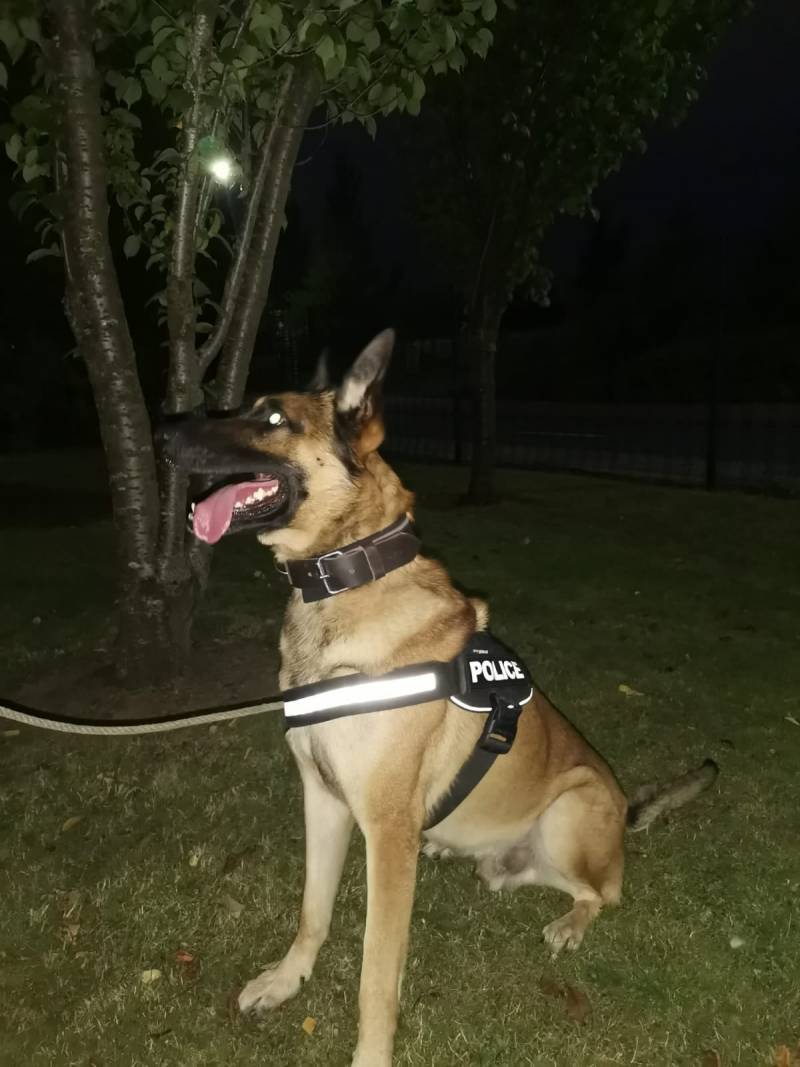 A WATH man was arrested for drink driving at the weekend after being chased down by one of the force’s police dogs.

On Sunday night the man, who has not been named by police, was driving his girlfriend home when he careered into Hollygrove roundabout in Goldthorpe.

He then left his girlfriend in the car and ‘legged it’ according to police officers on the scene – but it didn’t take long for police dog Kai to track him down.

A spokesperson added: “Kai has one of the best tracking noses in the business so following across a field is a piece of cake for him.

“As he closed in on the driver, rather than take his chances with Kai, he forced his way through dense gorse and hawthorn shrubs, almost peeling himself on the thorns in the process.”

Kai found the 30-year-old man in the shrubs and he was subsequently arrested for drink driving.