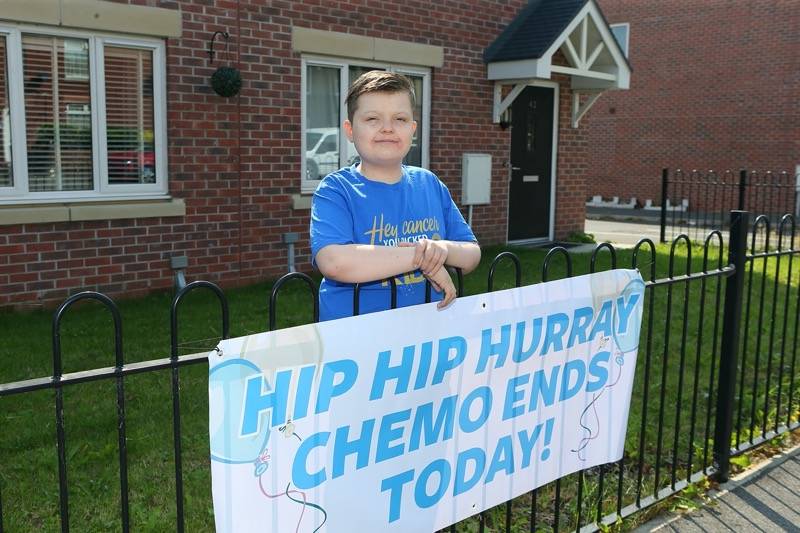 A YOUNGSTER who has beaten cancer not once but twice and has faced his treatment with a smile has been nominated for a Proud of Barnsley Award.

Kelvin Binns, now 12, was just 18 months old when he was diagnosed with non-Hodgkin’s lymphoma in 2010.

After a two-and-a-half year battle with the illness, Kelvin went into remission but was dealt a ‘devastating’ blow just five years later when he was diagnosed with leukaemia.

Instead of letting the gruelling treatment, which included platelet and blood transfusions, get him down, mum Lauren Smith said Kelvin faced every day with a smile and didn’t let anything phase him.

“I was more worried about everything to be honest,” said Lauren, 34, from Darfield. “There’d be times when had come out of surgery after having a lumbar puncture and he would be up and running around the ward in half an hour. It was mad.

“When he was ill the first time, he didn’t understand what was happening to him and it was very difficult, but now he is a bit older and understands more it’s a lot easier to explain what’s happening.

“All the nurses at the hospital love him and he greets everyone with a big smile. He’s stayed so positive, and takes everything in his stride – I don’t know how he does it really since there have been times where I have made myself upset with worrying.”

Kelvin rang the bell to signal the end of his treatment two weeks ago, and since then Lauren revealed he has got a new lease of life.

“He’s like a new kid,” she added. “He’s running around and curious and his appetite has returned.

“He is really looking forward to going to school in September and he keeps asking me if it's time to go yet. I took him to Cleethorpes and, even though I was a bit worried about Covid and germs, he had a great time and got to be a kid without having to worry about hospital visits.”

Kelvin has been nominated in the Triumph Over Adversity category.