'Inadequate' rating is given to care home 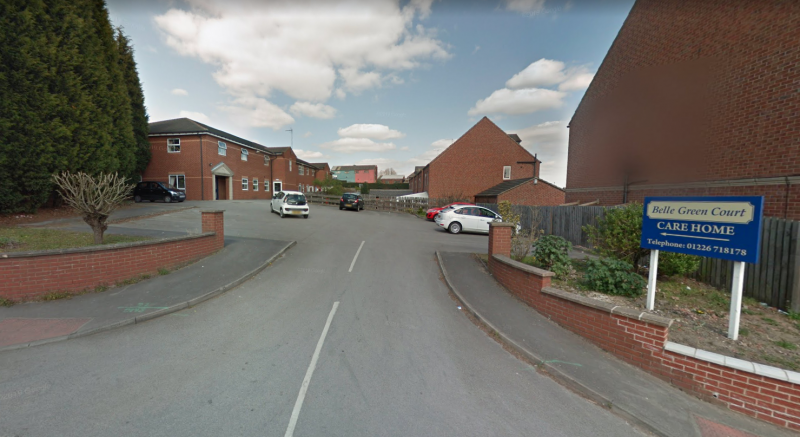 A CUDWORTH care home has been placed into special measures following a report by the Care Quality Commission (CQC).

Belle Green Court, on Belle Green Lane, was rated ‘inadequate’ by the CQC after an inspection on June 15, which was published on July 26.

The home, which provides accommodation for 30 older residents who require personal care, had been told that it ‘requires improvement’ in its previous inspection in November though seven months later and the home had not improved sufficiently.

A report found that there were not enough staff to keep residents safe, and systems put in place to ensure people received medicines at the right time were not effective.

It said: “There were not enough staff deployed to meet people’s care and support needs in a timely way.

“People’s care records were missing important information. Risks assessments had not been updated to reflect significant changes in people’s care and support needs.

“The systems in place to ensure people received their medicines as prescribed were not effective.

“Staff were not provided with regular ongoing support to make sure they had the right skills and knowledge to support people.

“People were not supported to have maximum choice and control of their lives and staff did not support them in the least restrictive way possible and in their best interests; the policies and systems in the service did not support this practice.”

The CQC was made aware of some information which suggested that some of the breaches in the previous inspection had not been resolved.

The service, which is run by provider Sequoia CH Group, was deemed to not always be effective and so was handed the ‘requires improvement’ title.

Though they were ranked as inadequate in both safety and how well-led the home is.

Belle Green Court has now been placed into special measures and the CQC will keep the home under review, and if they have not made significant improvement in the next six months, the process of preventing the provider from operating the service will begin.

“This means we will keep the service under review and, if we do not propose to cancel the provider’s registration, we will re-inspect within six months to check for significant improvements.

“If the provider has not made enough improvement within this timeframe, and there is still a rating of inadequate for any key question or overall rating, we will take action in line with our enforcement procedures.

“This will mean we will begin the process of preventing the provider from operating this service. This will usually lead to cancellation of their registration or to varying the conditions the registration.”

A spokesperson for the care provider at the home told the Chronicle staff had been ‘proactive’ in addressing shortfalls identified.

“We have since recruited a new experienced home manager committed to developing a person centred service that puts our residents at the centre of all that we do,” they said.

“We are now taking this opportunity to further develop the home and improve the experience of all our residents by making alterations to the environment and the way we deliver our service.

“To this effect, we have engaged the services of JS Consultants, an experienced and well-respected consultancy service to support the home and the new manager to achieve these changes.

“With the committed resources and partnership with the local authority and CCG, we are confident in achieving, if not exceed, the fundamental standards of care in the foreseeable future.”