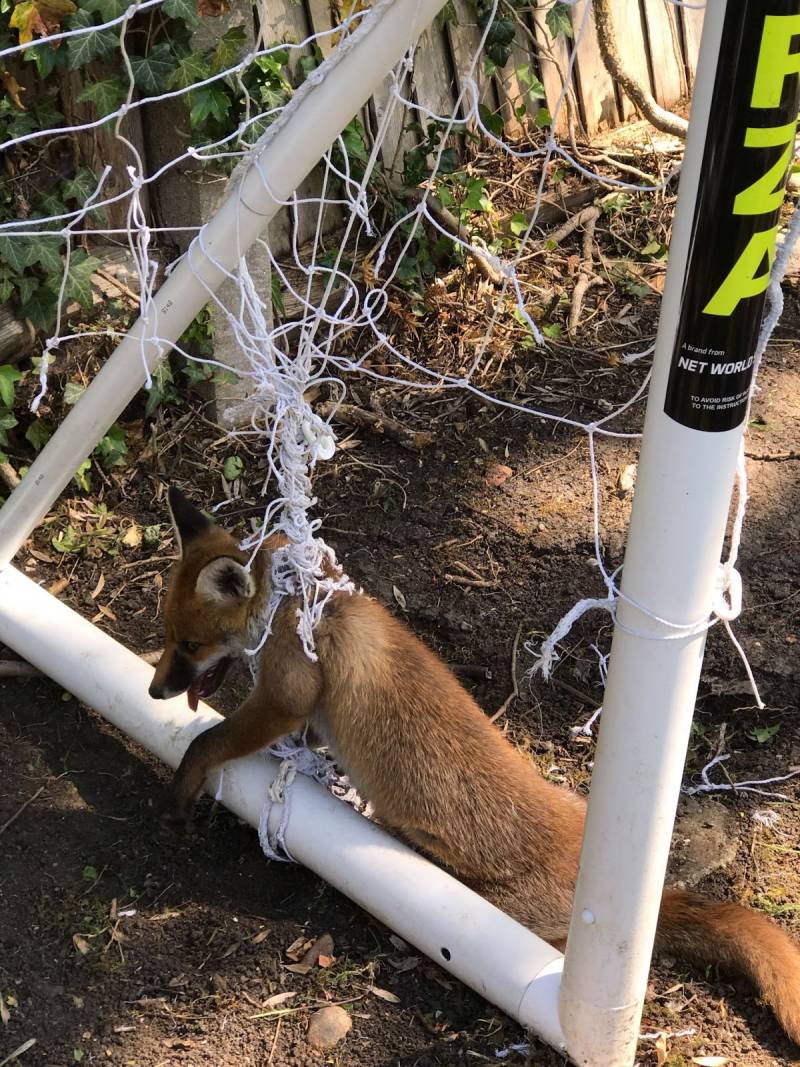 THE RSPCA are warning residents of the dangers of netting to wildlife - and they say they’re bracing themselves for ‘hundreds’ of entanglement incidents this Summer.

In 2020 there were 22 incidents of entanglement across South Yorkshire, and the wildlife charity say they’re on course to receive more calls already.

It comes as ‘footy-mad’ fans are putting up football nets throughout the Euros - and in the first three weeks of June the charity has received at least 30 netting entanglement reports.

RSPCA scientific officer Evie Button said: “Football and other types of netting may be fun for humans but can be very dangerous for wild animals if they are left out overnight.

“The RSPCA receives hundreds of calls every year to rescue animals - often wildlife - who have become tangled in netting on sporting equipment or garden nets.

“Already this year, the number of call-outs to rescue animals caught up in nets are up on 2020 and in the past couple of months, we have had a spate of young foxes in particular becoming entangled.

“We suspect that people’s enthusiasm for Euro 2020 may have inspired increased numbers of amateur football nets to be put up in gardens and sports fields around the country and young, curious foxes are unaware of the dangers.

“Getting tangled up in netting is very stressful for an animal, particularly one that’s wild.

“And if the animal gets seriously entangled, netting - whether it’s used for sports, fencing or the garden - can cause severe injuries or even death.

“As wild animals frequently get trapped during the night, they may have been struggling for many hours by the time they are found in the morning and often need veterinary attention and sedation to cut them free.

“It’s great that the likes of Jack Grealish and Gareth Bale are inspiring many of us to put on our shooting boots this summer - and enjoy the great outdoors and nature while having a kick-around.

“But we would urge those using sports netting to remove and store all nets after their game and put any discarded or old netting safely in a bin.

“Any garden fence netting should be replaced with solid metal mesh and use wood panels as fencing instead of netting.”