Youngster left shook up by fall into manhole 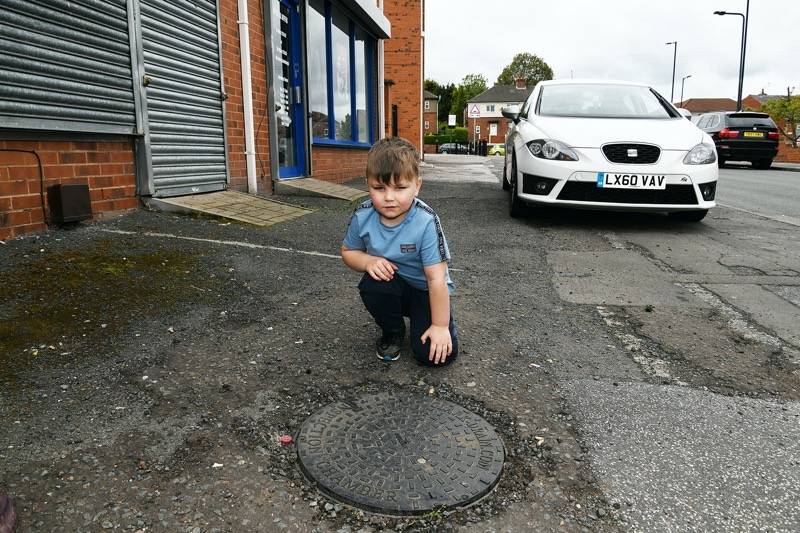 THE mother of a five-year-old boy who was injured when he fell into a manhole on his way to school has urged authorities to carry out more safety checks on covers.

Becki Love was walking her son, Nixon, to school last Thursday when he stepped on a cover on Chapel Avenue, Brampton which tipped to one side, causing him to fall into the hole.

Luckily a guard prevented Nixon from falling further than a couple of feet, but Becki said other parents should be wary of manhole covers that are in need of maintenance.

“I think it’s shook him up because he said he doesn’t want to walk to school again which isn’t like him.

“I just want to make other people aware – I was under the assumption that they were safe to walk on but now I will definitely think twice before letting Nixon run ahead because I don’t want him to get hurt again.

“I am glad he wasn’t badly hurt but I keep thinking about what would have happened if it had been a toddler or an elderly person.”

A Rotherham Council spokesperson said: “Following a report of a damaged manhole cover on May 20 an officer went to inspect the site on Chapel Avenue in Brampton.

“After finding the cover to be on private land the officer is working with local businesses to find out who owns the land so they can be notified of the damage and ask them to carry out the necessary repairs.”