'Building site needs to be looked at' 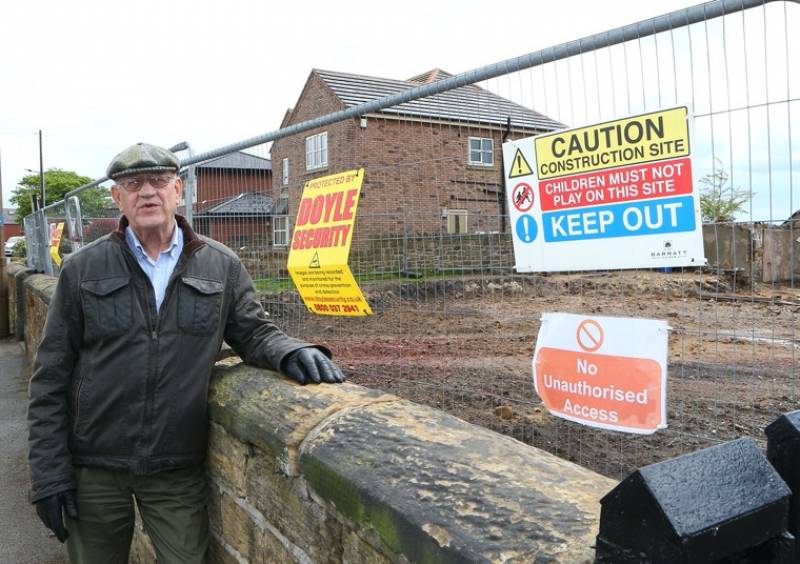 A CONCERNED Staincross resident believes more needs to be done to ensure locals’ safety on building sites across the borough.

Controversial plans to build three properties on Paddock Road – a busy commuting belt – were approved last month by the council’s planning board.

The plans were given the green light despite concerns being expressed by residents who believe there is an ‘over-development’ in the area – though John Race, who lives locally, says he isn’t objecting to the houses being built.

He said: “My interests and concerns are instead about the on-site security.

“When you walk on Paddock Road and look at the site, the plot backs on to the park and so there’s no way to prevent anyone getting on to it.

“When you get onto the site there are cameras which set off an alarm.

“Surely I’m not the only person who can see these potential dangers because anyone can get on there – have they all forgotten about the young boy who died on a building site a few years ago?

“The planning procedure needs changing as there’s currently a lack of security in decisions.”

“When I went to the site it seemed to be well-structured health and safety wise,” he said.

“I think what’s there now and what the developer is planning to put in place is meeting the safety requirements of a safe site.

“The developer has invested a sum of money into the community because of the frustrations of residents as well.”