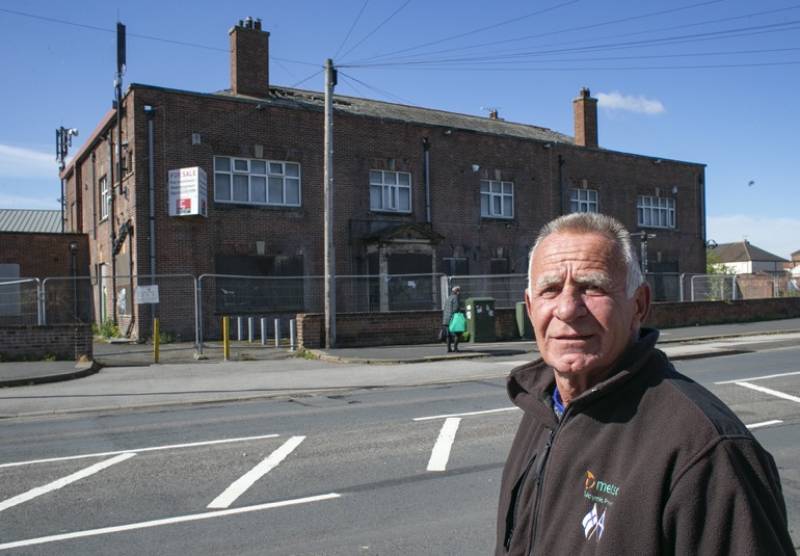 PLANS to demolish a former pub in Thurnscoe have been supported by a local councillor who feels the derelict building is an ‘eyesore’.

The Thurnscoe Hotel, on Houghton Road, has been unused for more than five years and a recent planning application, submitted by Darren Investments Limited, seeks permission to demolish the building and replace it with a new petrol station.

Since the property became vacant it has been the target of numerous vandalism attempts – and it has been set alight a total of ten times.

A structural report by AN Consulting Engineers Limited states: “The local authority and the fire department have both stated the building is no longer safe to enter and work from.

“The overall structural integrity has been compromised following numerous fires.

“There is a strong possibility of total roof collapse in the short term leading to damage to the lower floors also.

“The local authority and the fire department have advices to close all access into the building with the upper floors no longer safe to walk upon.

Many residents say they would be happy to see the building demolished as it has started to become an ‘eyesore’ to Thurnscoe.

“There’s also no petrol stations in Thurnscoe at the minute when there used to be two so that’s obviously a good thing.

“It’s a pretty dangerous building – we’re very lucky that that no one has been hurt yet.

“It was a great place to be many moons ago but it’s had its day now – the sooner something is done with it the better.”

Nigel Croft, of Barnsley Campaign for Real Ale (CAMRA), said the group will not try and oppose the application due to the nature of the pub.

“It’s not the last pub in Thurnscoe because there’s The Butcher’s Arms and the only way you could keep that site alive is if you knocked it down and then rebuilt another pub,” he said.

“CAMRA won’t be opposing this because it is an eyesore – it might be better if it was demolished.

“It’s been in the pipeline for quite a while but things have to go through the right route – it’s good to see that they’re doing that.”

If the application is approved, it will bring six new jobs to the area – and the petrol station is set to be open 24 hours every day of the week.

Included in the application is the installation of a hot food takeaway on-site – opening times are set to be from 6am to 11pm.

A total of 13 neighbours have been made aware of the application with no appeals to date.

Public consultation ends on May 18 and a decision date has been set for July 22.