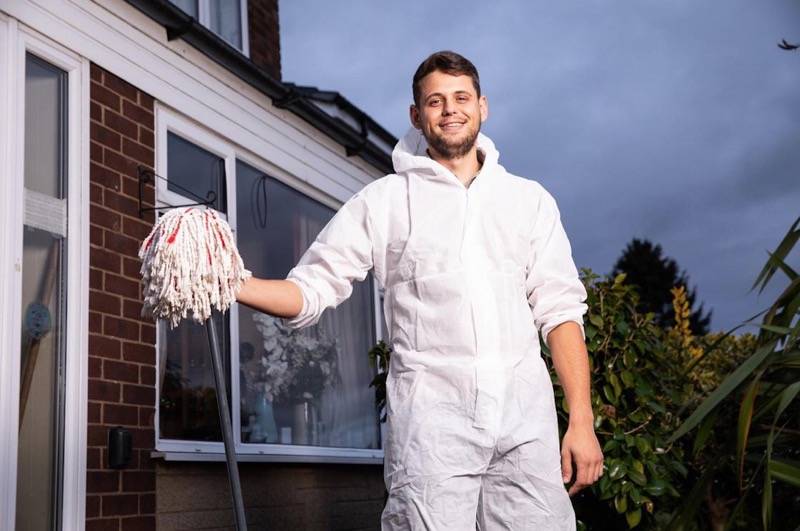 ONE half of a dirt-busting duo on a hit TV show – who has recently moved to Penistone – wants to warn residents about harmful household chemicals that nearly put him in a coma.

Brennan Budden, 31, is a co-host on the show Filthy House SOS which appears on Channel 5 and 5*, and he moved to his new home in the borough around two months ago.

He is currently in the process of filming the new series – which was advertised to Barnsley residents – where expert cleaners tackle some of the country’s dirtiest homes.

Brennan believes that spring cleaning is important – especially during lockdown – and wants to warn local people of the danger of using strong and harmful chemicals.

He said: “I’ve been a patient myself having had chemical burns and it is really dangerous – I nearly ended up in a coma.

“With the new age of adults coming through, a lot of them don’t know about the dangers that the chemicals such as bleach can have on people’s health – it can cause some serious problems.

“There should be a lot more knowledge out there about the right way to clean – there’s more natural products that we don’t use anymore.

“There’s so many different bleaches that people use just for the bathroom and it’s a waste of money – I think it’s important for people to know more about the dangers.”